The Real War Front is At Home 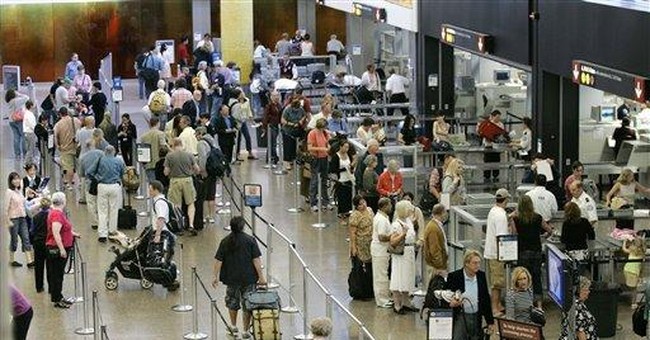 Christmas 2009 and our nation is still at war.

Yes, of course, brave young Americans are in those far off lands defending our country. God bless them.

But the war's front is here at home. The war we are having with ourselves.

After the horrendous attacks on September 11, 2001, a few Christian pastors stepped up to say that the unprecedented violation of America's homeland was a sign of weakness within our nation.

They weren't talking about how we gather intelligence or how we check travelers at the airport.

The management bestseller from the 1960's, The Peter Principle, points out that one sign of an organization or an individual at their "level of incompetence" is thinking that re-organizing alone solves problems. Drawing new organization charts or moving around furniture is a lot easier than getting to the heart of understanding what is causing failure.

The weakness which led to our vulnerability on that infamous September day, said those pastors, was moral, not technical. For this, they were widely denounced.

President George W. Bush rallied the nation and talked about good and evil. But the evil he talked about was overseas. We deployed our troops and tried to understand what was wrong with "them" and how we could fix it. But little soul searching or introspection was done at home. What might be wrong with us?

As we talked about advancing freedom in other societies, we bloated our own government and violated and abused the principles of freedom -- private property and personal responsibility -- on which our own society was founded and built.

As we advanced into the first decade of the 21st century, we chalked up military victories abroad and collapsed at home.

We may speak with thanks and a sense of accomplishment that there has been no repeat of 9/11. But we might also wonder why those who seek our destruction need to bother when we do their work for them ourselves.

After 9/11, we still knew what a terrorist was and we understood that we blew it regarding identifying the ones operating in our own country.

Today, after allowing a terrorist to operate within the ranks of our own military, and, after he did his devastating work at Fort Hood, we refuse to identify him as a terrorist.

We view the maniacs running Iran as negotiating partners while we ignore the Iranian youth who struggle and long to be free.

We sit with silent acceptance as the Israelis, once viewed as friends and allies, are given a choice by Hamas to release 1000 prisoners, many convicted terrorists, in exchange for one Israeli soldier held hostage.

But most inscrutable is that as we end the decade, a decade spent fighting for freedom, our own nation is decidedly less free and as result, weaker. And we have consciously chosen this outcome.

With imminent passage of multi-trillion dollar health care "reform" that is pure socialism, we relinquish our personal autonomy and freedom to a point where the task to redeem them will be unprecedented.

Family and traditional values of personal behavior -- once the moral glue holding us together -- are now mere life style options.

We should ponder who has emerged out of this decade the victor and who the vanquished. And the likelihood that those terrorists who attacked that 9/11 understood what the Christian pastors who admonished us after the attack did.

Fortunately, tens upon tens of millions of Americans still know who we are.

And as the proverb says, "The hope of the righteous will be gladness, but the expectation of the wicked will perish."