It's time to go back to basics 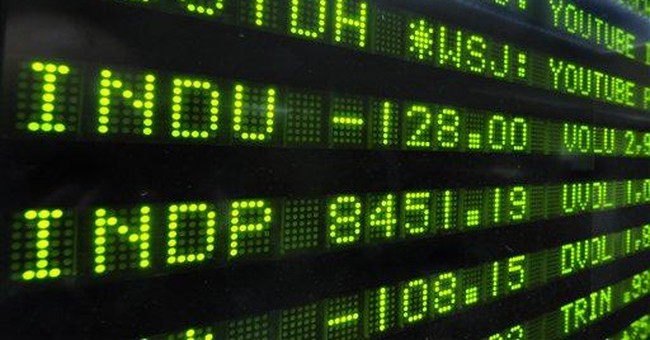 When successful companies fail, when winning teams start to lose, what we're most likely to hear is an announcement from the CEO or the coach about returning to basics.

It's not unusual for success to lead to a loss of focus that indeed there are basics from which it all started. In the language of proverbs, pride precedes the fall.

Undoubtedly, at a time like this, when markets are in chaos and everyone is worried, moralizing is likely to provoke rolling of eyes. But, I think this is exactly the time to think about basics and principles.

If we agree that the United States is a great nation, what made it, what makes it, great? Shouldn't this be the question we're asking? Shouldn't we be concerned that no one seems to be asking it? Either there are some fundamentals or it's all a massive stroke of blind luck.

Instead of getting back to basics, we're getting farther and farther detached from reality.

I can't help but think of the joke about neurotics building castles in the sky and psychotics moving into them.

It's no joke that we've moved into castles we have built in the sky. Today, even though some of these castles are tumbling to solid ground, it does not seem to be waking up most.

For good reasons, the financial mess we're in is bringing back memories of the 1930s.

Let's recall that we responded to events back then with fundamental changes in how we viewed government. It became less what the founders of the nation intended it to be -- protector of individual life, liberty, and property -- and it became a tool for social policy.

One product was Social Security. This is one of the castles we have built in the sky.

Sure it may take years to build these castles, and then more to realize you're moving into them. But sooner or later, reality sets in.

As we try to stay afloat with the trillions of dollars of debt we now realize we've taken on as result of government housing programs, who is thinking about the $10 trillion unfunded liabilities of Social Security?

Or how about Medicare? Social Security came from the "New Deal." Medicare was a product of President Lyndon Johnson's "Great Society." The unfunded bills staring at us for Medicare piles about another $50-to-$60 trillion on top of the $10 trillion Social Security debt.

How about our fundamental moral collapse over these years? Today, with almost 40 percent of our babies born to unwed mothers, it won't be long before few Americans will even know what growing up in a traditional family means.

After the tragedy on Sept. 11, 2001, many got upset with a few evangelical preachers who suggested that the tragedy presented good reason for Americans to check themselves and the moral condition of our society.

America was built on basics. It's time to get back to them if our children and grandchildren are to enjoy what their parents and grandparents had.