The end of race and gender politics 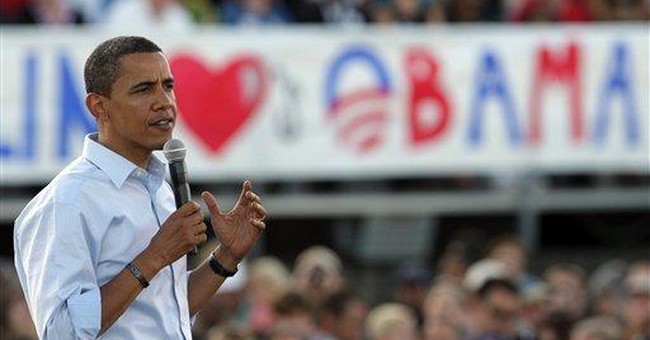 Who would have ever thought, when we were dozing off in the middle of John McCain's presidential campaign, that he'd reel in Sarah Barracuda and change the game overnight?

"Barracuda," of course, was what they called Gov, Sarah Palin when she was a star point guard on her high school basketball team.

I'm not fond of sweeping pronouncements suggesting that any development is "historic" or "changes things forever." But this time I'm giving in to temptation.

This presidential campaign is historic and will change things forever.

The irony of the Obama candidacy is that it did not begin to soar until it was clear to blacks that this was not business-as-usual black politics. This was much different from electing a black candidate in a racially gerrymandered district that practically guarantees that a black is elected.

Kilpatrick has just agreed to resign his position as mayor, despite eight felony counts filed against him and overwhelming evidence that he lied to the Detroit City Council about his extramarital affair with his chief of staff, Christine Beatty.

Kilpatrick's shenanigans have cost Detroit taxpayers millions, including $8.4 million used to settle a whistleblower lawsuit filed to expose his affair.

Despite the compelling case against him, and huge costs imposed on taxpayers, Kilpatrick hung on to his mayoral job for almost nine months after the Detroit Free Press broke the story that he was lying about his affair.

It took Democratic Gov. Jennifer Granholm to agree, at the request of the Detroit City Council, to preside over a hearing on whether to remove him to cause him admit he lied and step down.

What fueled Kilpatrick's stubbornness in the face of obvious guilt? The sense that he could hide behind race.

Many Detroit blacks dug in with their support of Kilpatrick as white suburbanites called for his resignation.

He even pulled the gender card when he lied under oath.

"My mother is a congresswoman. There have always been strong women around me," he testified. "I think it's absurd to assert that every woman that works with a man is a whore. I think it's disrespectful, not just to Christine Beatty but to women who do the professional job that they do every single day."

This is classic race and gender politics, rooted in a core cynicism about this country and about life in general. It relegates idealism and integrity to the weak and the naive.

Obama changes all this. His candidacy, by necessity if for no other reason, transcends race. A black candidate could never succeed on the national stage if he were not a candidate who happened to be black.

And Gov. Palin? Here is a young woman who says that being governor of Alaska is a "cool job,'' calls her husband, a blue-collar worker and union member, the "first dude," and is a pro-life Christian with five children and a corruption fighting, limited government Republican.

Word is that Democrats are rolling out female surrogates to counter the surprise Palin onslaught. This to be led, of course, by Sen. Hillary Clinton.

If there is one line from Sen. Clinton's campaign that defines her, I think it would be "fairness doesn't just happen. It requires the right government policies."

It's the left-wing call to arms. Only bureaucracy can produce the good.

Yet, ironically, whether we talk about the settling of America, the abolitionist movement, the women's suffrage movement, or the civil rights movement, the initiative has been from motivated, idealistic private citizens. Not bureaucrats.

Now we have a black candidate and a woman candidate on the respective national tickets that defy political cliches.

The result can only be a new excellence.

More proof of the greatness of this country and the power of freedom.