Sheriff David Clarke, Ret.
|
Posted: Jun 21, 2019 10:51 AM
Share   Tweet
The opinions expressed by columnists are their own and do not necessarily represent the views of Townhall.com. 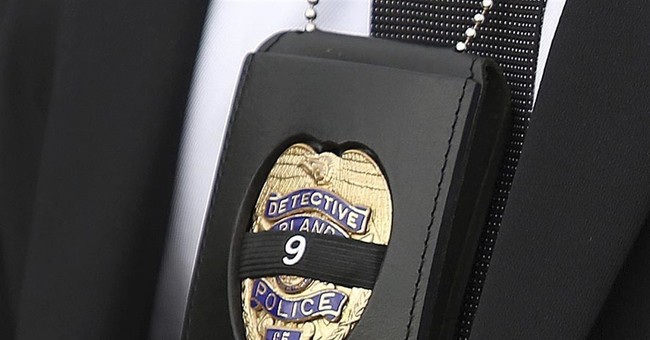 A recent New York Times story brought up an emerging crisis in the profession I dedicated 40 years of my life to. As a society, we generally find it difficult to talk about suicide. The stigma involving suicide holds many people back from talking about it, which leaves only hope that this crisis will end. This is not an effective strategy.

At some point, many Americans lose a family member or friend to suicide. When a family member or friend succumbs to suffering in silence and decides that the only way out—the only way to find peace is to take their life—surviving family and friends are left to pick up the pieces of a life ended tragically. Survivors grieve and deal with the self-guilt about why they didn’t notice the problem and continuously ask themselves what more they could have done to intervene. I know of which I speak because I have lived through this in my own family.

We have a serious crisis on our hands. Police officers are killing themselves in numbers that are not only shocking but are well above any other profession. Sadly the trend continues upward.

Over the last three years, the single greatest cause of death for law enforcement officers each year is suicide. Your communities' finest have a better chance of taking their own life than being killed in the line of duty. That is not a misprint or misstatement. Police officers are two to three times more likely to kill themselves than to be killed in the line of duty. In 2018, at least 159 officers died by suicide, which is 10 percent more than the 144 line of duty deaths, which include felony assaults, patrol vehicle accidents, heart attacks, and duty-related illnesses.

Male officers are overwhelmingly more likely than female officers to commit suicide by a ratio of 151 to 8. The states of California, Texas, New York and Florida, respectively, lead the nation in police suicides. Maybe it’s because those states have the most officers? That conclusion would be the easy way out.

The standard indicators of someone contemplating suicide, such as severe depression and marked changes in personality are low hanging fruit as far as I am concerned. No profession subjects its employees to the daily stressors that policing brings. A typical shift can have an officer going from a barking dog complaint to a child who was sexually assaulted or abused, and shortly after that, respond to a neighbor dispute or domestic battery complaint, or even a homicide. As you can see, they are exposed to a gamut of incidents. They then go home to deal with their own household issues only to return the next day and repeat the cycle of solving everybody else’s problems.

This is not a plea for pity. We chose this profession voluntarily. It is, however, raising the question of what police departments and the cities and states are doing for their mental well-being. Agencies spend a lot of money on equipment and training for physical survival in the field but offer not much more than employee assistance hotlines for cops in need of mental survival help. Police officers are not wired to ask for help. We provide help. We train police officers to stay in a constant state of hyper-vigilance as a street survival mechanism. The problem is that we don’t teach them how to turn it off. Physiologically and mentally, it is draining. Imagine that stress over the course of a career. By the way, there is a surge in retired officer suicides as well.

Cops are wired and trained as problem solvers. As a result, they suffer in silence, preferring to try and work their own problems out alone. The growing number of police suicides indicates that they are not as successful at solving their own issues as well as they are at solving everyone else’s problems.

One particular area of study that is needed should concentrate on the effects that the War on Cops is having on the mental well-being of police officers. The constant verbal beat down directed by cop-hating anarchists and movements like Black Lives Matter over time has to have a negative impact on the mental health of police officers. They are human beings. Being constantly called racists, blood-thirsty killers, and other despicable references when they are merely trying to protect and serve would affect anybody. No other profession is subjected to the bullying we hear so much about from the left.

We ask a lot of our first responders. Politicians always say how much they appreciate their service. It is time to demonstrate it beyond rhetoric. Our officers deserve our best efforts in combatting Blue suicide.