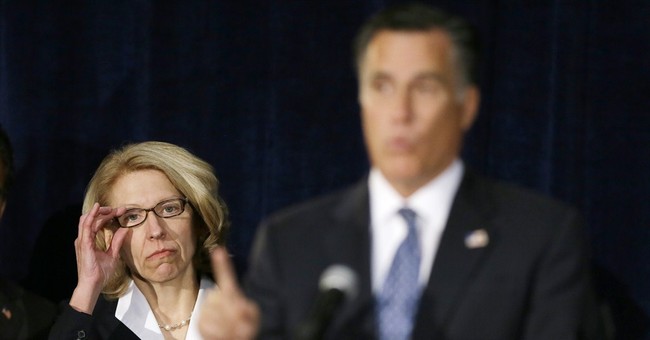 But we don't have a real media. We have Democrat attack dogs who reserve fury for Republicans, like when the Grey Lady ran front page stories about Abu Ghraib for 32 straight days. Or who can forget the Five Alarm Goldie: "Bush should have protected the museum pottery!!"?

When the revolution starts, reinforced Old Media installations should be the first acquisitions.

Sure, Federal bureaucrat. Your budget is too small. It's not that you're behind the ball on Ebola because of all the other trendy "diseases" you've been pimping, is it?

Emergency Old Age red light: When the oldie station plays "Killing me Softly" and it's not Roberta Flack, it's whoever that hip hop cutie was two generations later.

Remixes of my music are oldies??!!

Let me be perfectly clear: If you don't like Ebola, you can keep clear of Ebola.

Would I lie to you?

If last week’s announcement by Lockheed about progress toward fusion energy bears out, then A. It dwarfs political headlines and will be the most humanly consequential news of this or any recent year; and B. It will tax the fevered imagination of Progressives to produce new justifications for their eternal quest to control the comings and goings of humanity's pursuit of survival and happiness.

Contention: The single most important thing the next president can do to protect Americans' liberty is to rein in and defang the federal bureaucracy--make them follow the law and respect the legal and constitutional rights of citizens as a matter of policy, not only when a federal court slaps them down.

We are in the last quarter of 2014. People are shopping for their 2015 health insurance. People have already received their Obama-mandated cancellation notices on their current plans. (I did).

Yet, the Obamacare exchanges are not releasing 2015 plan rates yet. Do you need to know rates so you can make choices? Not so fast! Not until after the election. Because embarrassing information about statism should be stifled and suppressed from voters who need to choose.

How convenient and corrupt. That I can tell, liberals have mostly stopped defending this most exposed, dishonest, and failed president. They’re just grateful for all their dirty work he’s getting done.

Liberals love humanity--except for the billions of human beings who have been or hope to be lifted from hunger and muddy gutter misery by fossil fuels and modern agriculture.

Those locusts are expendable if liberals can just turn the farm and energy clock back a century or two. For some sustainable reason or something

Kentucky Senate candidate Alison Grimes says it's a matter of sacred constitutional principle for her not to admit whether she voted for Barack Obama.

That probably sells better than the truth: She's invoking her rights under the Fifth Amendment.

Mitt, Jeb, sorry no. NO!!! We are looking for constitutionalists to fight for a smaller federal government. If better managers of Leviathan is the best we can do...just go enjoy your millions. We'll find the assassin droids we're looking for.

Mostly, the liberal backlash against Columbus is a Leftist trope to make Americans denigrate and regret the planting, growth, establishment, and global historic success of the United States of America.

If you want to protect people's Natural Rights to pursue their own happiness, then your vision of government's role is defined and limited.

If you want to use government to attack whatever is the latest, biggest problem, then your task is endlessly expansive, and, given success, your tyranny inevitable.

Progressives aren't satisfied with fighting child labor, race and sex discrimination, and gross pollution. Nope, now they're after our plastic shopping bags and salt and transfats.

How far down your throat and up your shorts do you think the world improvers will be in a decade or two?

Is there any limit to liberal/progressive zeal to change our living choices? Meanwhile, liberals and their media will continue to bray that any move in a pro-life direction is warmongering against women. Yep. Just support abortion without limits, control every other physical choice people make, and you might be a "progressive."