As a Pro-lifer, 'It’s a Wonderful Life' Is Hard to Watch

Shawn Carney
|
Posted: Dec 22, 2019 12:01 AM
Share   Tweet
The opinions expressed by columnists are their own and do not necessarily represent the views of Townhall.com. 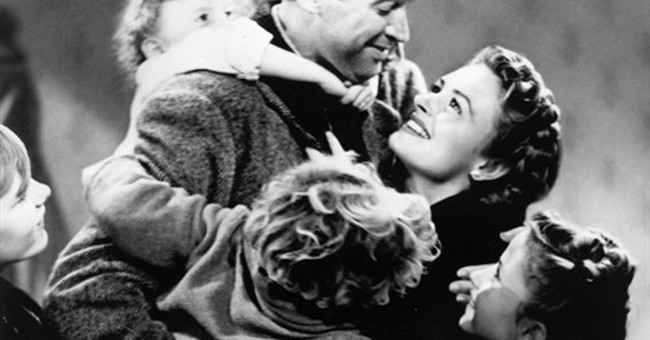 In the Christmas classic, It’s a Wonderful Life, viewers witness what would have happened to the small town of Bedford Falls if resident George Bailey got his wish to have “never been born.” Spoilers ahead: Bedford Falls is a completely different town because of George’s absence. From the name of the town to the levels of poverty to the functionality of family units, nothing is the same. One man’s absence from the world completely shifted the way things turned out for everyone.

While I love this classic film, it is hard to watch as we approach 2020 because it begs the question -- how different could things be in 2020 be if abortion had never existed? What if all those children had been born?

Each year in the U.S. since Roe v. Wade legalized abortion in 1973, there have been between 600 thousand and 1.7 million abortions annually. That’s more than 60 million children lost which means no family, church or political group is unaffected. At 60 million abortions in America, there are people this Christmas missing from our families, pews and voting booths.

Think about all that could have been accomplished or prevented had those 60 million children been given a chance to live. With millions of more individuals participating in society, think of the realities to which we’ve become accustomed that may never have existed or would be extinguished by now:

No doubt a number of those babies would have grown up to become physicians. With millions of more doctors in the workforce, would there be a cure for cancer? What about Alzheimer’s or Lou Gherig’s disease? Maybe we wouldn’t be experiencing our current shortage in physicians that is affecting the ability of many sick individuals to obtain the proper care they so desperately need.

Some would no doubt have entered the non-profit arena, seeking solutions to decades-old crises in our country. Maybe fewer individuals would be living on the streets, as more homeless shelters would exist to house them. Better still, we’d have more entrepreneurs and businessmen and women creating jobs to provide employment opportunities for those who have fallen on hard times.

The list goes on and on. It’s sobering when you sit down and think about how different our country would be had those 60 million children been given a chance at life. What if some of the most influential individuals of the last century had been part of those 60 million? Can we imagine a world without Mother Teresa, Martin Luther King Jr., Steve Jobs or Rosa Parks? I definitely don’t want to.

Nor do I want to imagine a world without those who some in America would say should be aborted -- the disabled, the unplanned, the poor. You shouldn’t have to cure cancer, be Mother Teresa or invent the iPhone to have your life protected in the United States. America is the freest nation in the world, and therefore, your life should not be dictated or judged by the circumstances of your conception. Every life has value -- that’s what makes it a wonderful life.

It’s a Wonderful Life is on my favorite films, but as a pro-life advocate who comes into contact with abortion-minded mothers all the time, it’s a bit painful to watch. Especially at the end when George Bailey gets to go back to his family after realizing how different things would have turned out had he never been born, and he gratefully clings onto his wife and children, it always makes me grieve for the millions of lives who have been lost to abortion and for the families who never experienced what life could have been like had they been born.

As we enter a new decade and the 47th anniversary since Roe vs. Wade, I believe America is seeing the beginning of the end of abortion. Despite those 47 years of legalized abortion, we are letting to science, nature and reason point us to a simple and beautiful reality -- life is indeed wonderful. And your life, my life and every life deserves the human dignity of a chance.

Shawn Carney is the president/CEO of 40 Days for Life and the author of “To The Heart of The Matter” which releases February 4, 2020.