I Sued The FEC And Won. Now I Want The Agency Fixed.

Shaun McCutcheon
|
Posted: Sep 29, 2019 12:01 AM
Share   Tweet
The opinions expressed by columnists are their own and do not necessarily represent the views of Townhall.com. 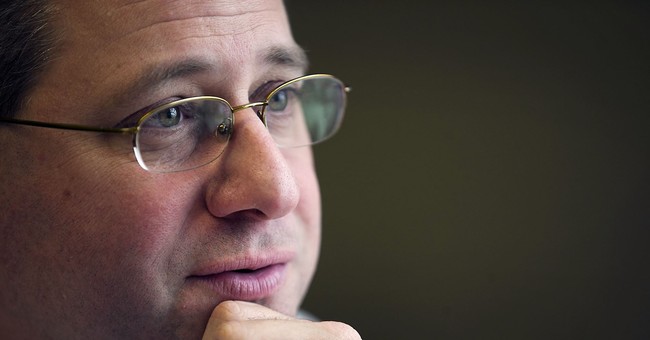 The Federal Election Commission (FEC), the agency I fought all the way to the Supreme Court (and won), is in a state of paralysis. The Senate has yet to act on the nomination of James “Trey” Trainor III to the agency, starving it of a quorum, and effectively shutting down its most important functions.

After the recent resignation of former FEC Vice Chair Matthew Peterson, the agency has only three Commissioners. Those three individuals (a Republican, Democrat, and Independent) serve despite the expiration of their terms since, sadly, no replacements (other than Trainor) have been named yet.

Surely, there are plenty of people (including a few Democrats) qualified to serve at the FEC. What do you think, Senator Schumer?

As is the case with most things in government, the FEC has long been sharply divided by the conflicting political ideology of is appointees and staff. To ensure fairness at the agency, current rules stipulate that no more than three of the FEC’s six Commissioners can come from the same political party – making room for Trainor, and more, – to return it to a functioning organization.

The FEC’s reputation of gridlock and dysfunction (as my case and the current vacancies illustrate) is well deserved, but it does not have to be this way. It is time to get new people, and ideas to work to ensure free and fair campaigns and elections.

Without four of the six Commissioners in place, the FEC is prevented from holding elected officials accountable, enforcing rules, or concluding investigations. The Chair of the FEC, Ellen Weintraub, has described some of the rule-making responsibilities of the agency (notably disclosures on internet advertising) as “dead in the water.”

The dysfunction at the FEC is just another example of government incompetence. It is time for the Senate to conduct a hearing on Trainor and get things at the FEC moving again. Furthermore, President Trump should put more names forward and start to clean house at the agency.

Without action on the current appointment, vacancies at the agency will keep the doors open for legislators to bend (or break) the rules in an effort to hold onto their own power.

There are many allegations that have been raised that need investigation and action. From the more mundane allegations against Arizona Republican Jamie Lesko for transfers of money between accounts to the more sensational ones against Alexandra Ocasio-Cortez for masking political spending and Ilhan Omar’s supposed use of campaign money to fund an extra-marital affair – the FEC has a responsibility to investigate and act.

This is a non-partisan issue. It is unfair to the whistleblowers and those accused to have these allegations hanging over their head without any hope of investigation, confirmation, denial, or exoneration. As the great Martin Luther King wrote, “justice delayed is justice denied.”

In most cases, a government agency with limited power is a good thing. The less they can do to interfere with our freedom, the better. However, the FEC is different. It is responsible for keeping watch over elections and enforcing the rules. Without a functioning FEC, candidates, incumbents, and those seeking to influence them will exploit this very real weakness to gain the advantage (at the expense of the voice of the people.)

With no ability to enforce the federal election rules, officials and challengers have little to fear and practically no reason to resist the alluring temptation of corrupt money.

Expecting officials and legislators to play by the rules on their own is unrealistic. Campaign regulations are there for a reason: to prevent foreign influence in our elections and to promote disclosure. Regulations must avoid taking power away from the people and giving it to incumbents.

Yet, the same politicians who claim to be concerned about corrupt money in politics would rather fantasize about impeachment of President Trump instead of doing something to stop the potential flow of foreign money into campaigns. Instead of making up the rules as you go (like Congress and the media often try to do) a healthy watchdog in place to identify real corruption (like quid pro quo) is absolutely necessary.

With so many allegations of foreign money in elections, and accusations of wrongdoing, it seems that fixing the FEC would be a priority. Unfortunately, Trainor’s appointment continues to languish, empty chairs remain unfilled, and the dark money party in Washington is just getting started – and the regulators are currently powerless to stop it.

I took on the FEC when the rules it implemented violated the First Amendment. It (and Congress) was wrong to limit aggregate contribution limits and the Supreme Court saw it my way too. Just because the FEC was wrong in my case does not mean the entire organization needs to disappear. it just needs to function fairly. It is time to prioritize fixing this agency before it is too late.

Shaun McCutcheon, a Free Speech advocate, is an Alabama based electrical engineer and successful plaintiff in the 2014 Supreme Court case McCutcheon v. FEC