Seton Motley
|
Posted: Mar 28, 2016 12:12 PM
Share   Tweet
The opinions expressed by columnists are their own and do not necessarily represent the views of Townhall.com. 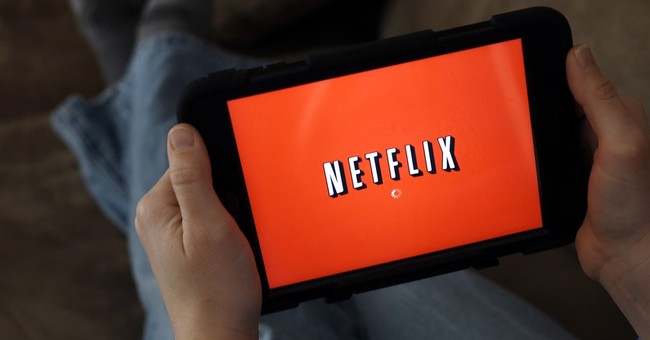 Net Neutrality is a really stupid, anti-capitalism policy that the Obama administration’s Federal Communications Commission (FCC) unilaterally (and likely illegally) jammed down our throats in February 2015.

Uber-huge-bandwidth-hog online-video-streaming-company Netflix has long been a very vocal proponent of Network Neutrality. About which Netflix said: “The net neutrality debate is about who picks winners and losers online: Internet service providers or consumers. Today, the FCC settled it: Consumers win.”

No matter how much data Netflix uses - and they use a ton - Internet Service Providers (ISPs) cannot charge them a dime. Which leaves We the Consumers picking up Netflix’s tab in the form of much higher monthly ISP charges. That’s consumers-augmenting-Netflix-profits, which is certainly a win for Netflix. For We the Consumers? Not so much.

And lest we forget: “Netflix…was one of the lead proponents of…a bright-line prohibition on throttling online traffic by broadband providers.”

With all of this Netflix Net Neutrality inanity in mind, this story, which came out late last week, was a bit of news:

Netflix Has Been Secretly Slowing Down Your Videos for the Past Five Years: “Netflix and its allies last year won the fight over Net Neutrality, arguing that without federal protections Internet service providers could throttle traffic to individuals and companies that didn't pay for access to Internet fast lanes.”

Get that? Internet throttling by ISPs? Cataclysmic. But when non-ISP Netflix does it? No problem.

Sadly, that is correct. Because the FCC’s huge power grab doesn’t apply to “edge providers” like Netflix. Only ISPs are subject to this heinous onerousness: “ISPs could receive a hefty fine under the net neutrality rules for similar practices, but Netflix faces no such danger, at least not for the throttling itself. The net neutrality rules only apply to ISPs…, not to companies…like Netflix or Google Inc.”

How’s that for unequal protection before the law? Except this isn’t law - it’s agency regulatory fiat. We’re already way off the constitutional map.

Pro-Net Neutrality zealots have been pushing their terrible idea for more than a decade. Knowing what we now know about Netflix - much of those shoves along the way may require reexamination.

Get that? Netflix’s accusation that Verizon was slowing down their videos was likely a key component in the FCC’s Net Neutrality imposition decisions even months later. And it was all a lie. Verizon wasn't “holding…joint customers hostage” - Netflix was.

But of course Netflix lied. Because Net Neutrality is a giant lie. So getting it rammed down upon us required a lot of additional lies all along the way.

These lies are slowly becoming unraveled. Here’s to hoping the FCC’s Net Neutrality power grab disintegrates along with it.