Seton Motley
|
Posted: Mar 22, 2016 12:01 AM
Share   Tweet
The opinions expressed by columnists are their own and do not necessarily represent the views of Townhall.com. 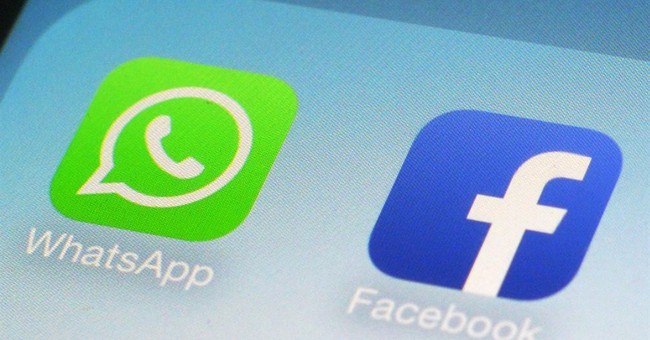 Network Neutrality is a really stupid, anti-capitalism policy - that outlaws on the Internet several basic, fundamental free market tenets that are in practice in every other sector of a functioning economy.

How anti-capitalism?  College communications professor and avowed Marxist (please pardon the redundancy) Robert McChesney wrote: “(T)he ultimate goal is to get rid of the media capitalists in the phone and cable companies and to divest them from control.”  Which means get rid of every private sector Internet Service Provider (ISP) - and leave us with government being the only ones connecting us to the Web.  How very Bernie Sanders of him.  How very Hugo Chavez of him.

Net Neutrality outlaws on the Internet this mundane, commonplace practice.  Which is why companies like Facebook and Google spent a decade-plus trying to have Washington, D.C. jam it into place.  These companies use a LOT of Internet bandwidth - DC mandating that they can’t be charged for it would be a very good, inordinately crony thing for them.

Early last year, the uber-crony, Google-and-Facebook-friendly Barack Obama Administration - delivered them Net Neutrality.  Ever since - and with increasing intensity - I’m betting Google and Facebook wish they hadn’t had their wish granted.

Net Neutrality is so terrible - it’s heinousness has gone global.  Much to Facebook’s chagrin.  Facebook was in India trying (via an offering called Free Basics) to deliver millions of destitute people free Internet access.  But because it wasn’t free access to every single website on the planet - it violated Net Neutrality.  So India killed it.

I’m sure the millions of Web-less Indians are thrilled they are still Web-less - but Net Neutrality remains intact.  I’m sure Facebook is just as thrilled that the untold millions (billions?) of dollars they spent trying to connect these Indians - were instantaneously burnt to ash by the Indian government’s decision to enforce this ridiculous policy.

Net Neutrality is so absurd in large part because it is so anti-capitalism; it is nigh inapplicable to our free market Internet.  And thus becomes an all-encompassing, full-on Internet shutdown (per Professor McChesney) - or a chaos-creating mess.

T-Mobile (the cell phone company) is offering a program called Binge On.  Which allows customers to view video and other offerings from participating websites - without that data counting against their caps.  Which Google realizes is a very good thing - and thus wants its YouTube in on it.  And it’s free stuff for consumers - so it would surely please our Leftist “consumer-interest-group” friends, right?  Of course not.

Net Neutrality Expert: T-Mobile's Binge On Will Lead Internet Down 'A Slippery Slope’: “While T-Mobile says its unlimited streaming service Binge On offers value to consumers, a leading expert says it violates net neutrality—and threatens the very future of the Internet itself.”

Get that?  The demise of a policy in place a little over a year threatens an Internet that’s exploded into an omni-directional, ever-expanding free speech-free market Xanadu over the course of a two decades - without that policy in place.

That is quite simply absurd.  The kind of goofiness Facebook faced in India - and to which India’s government unfortunately, ultimately acquiesced.

Again, I’m quite sure Google and Facebook are still thrilled they received the Net Neutrality for which they asked.