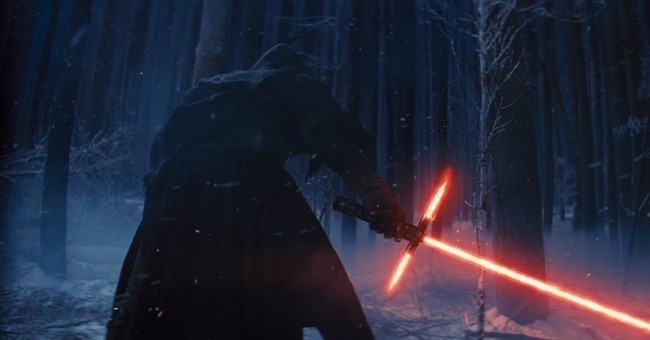 As we gather around our holiday tables this year, it's hard not to notice that something feels different. While the news is always an uninvited guest at family functions, this year the uninvited guest is suffocating us and will not leave.

You can feel it as you catch up with old friends and visit with family. There's fear and anxiety over terrorism here and overseas. There's sadness that so many will celebrate Christmas without a loved one, victims of an endless stream of violence in some of our nation's big cities. There's disbelief that someone could mow down more than 30 pedestrians on a Las Vegas sidewalk, with a toddler in the backseat. There's anger that our presidential candidates don't seem to get it and resentment that our opportunities might be fewer than they were a couple years ago.

But in the doom and gloom of current events, it's important to remember that it's not all bad. There are some bright spots on the horizon, and rather than dwell on the dire, the dark and the dangerous, let's try to find some relief in the little things this holiday season.

For one, "House of Cards" is returning March 4. And if anything could make us look at the current political landscape and say, "It could be worse!" it's President and Mrs. Underwood and their seamy Washington power struggles. Let's face it: Frank Underwood makes Hillary Clinton look honest and Donald Trump downright cuddly.

For proof -- and, more good news, unlike Underwood -- Donald Trump has vowed not to kill journalists! This was particularly settling news at the Cupp house. "No, I wouldn't," he told a rally. "I would never kill them, but I do hate them. And some of them are such lying, disgusting people, it's true." In the sea of unforgivable garbage that pours out of his mouth on a daily basis, this was a rare pearl. Let's take it.

Things are looking up for another candidate, Jeb Bush. After months of enduring what seemed like a roller-coaster ride he never wanted to be on in the first place, he's finally found some peace -- in fifth place. "I feel much better back here," he told "Face the Nation." It shows. He delivered a solid debate performance in Las Vegas and is taking on Trump in more believable ways. Maybe now that the heat is off he can campaign the way he wanted to: with a smile on his face.

But if politics is just too terrible to stomach no matter how you spin it, humor is always a great distraction when the world seems dark and unfriendly. In that department, Jerry Seinfeld just took a monthly residency for the first half of 2016 at New York's Beacon Theater. And, for those of us who can't make it, he debuts the new season of "Comedians in Cars Getting Coffee" with President Obama, for many of us our favorite comedian, on Dec. 30.

The overwhelming omnipresence of "Star Wars" -- its fans, its merchandise, its catchphrases -- is almost enough to make you forget everything else that's going on in the world. And just this week, fantasy met reality when SpaceX successfully launched -- and landed -- a rocket, besting Jeff Bezos's Blue Origin's efforts in November. A SpaceX spokesperson said what they accomplished was "like launching a pencil over the Empire State building and having it land on a shoebox on the other side ... during a wind storm." Maybe those flying cars we were promised are in our future after all.

Finally, it's been a rough week for Steve Harvey, who announced the wrong winner in the Miss Universe pageant (and had some unfortunate mispronunciation moments). But the good news is, Kenan Thompson, whose Steve Harvey impression is already legendary, will get to satirize it perfectly, I'm predicting, this weekend on "Saturday Night Live." So we all win.

Yes, it's scary out there. Yes, these are trying times. We're facing some serious challenges as a nation, without much confidence that we can succeed. But let's all take a few days off from the stress and panic to appreciate each other and life's small pleasures.

If the Harvey incident reminds us all of one thing this holiday season, it's that it's important to laugh -- and laugh at ourselves.