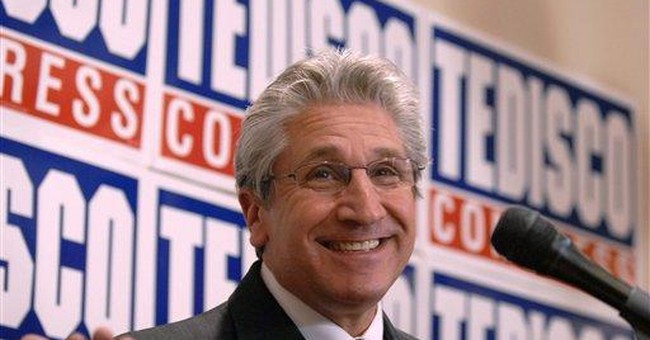 Last week Republican Jim Tedisco conceded the race for the 20th district in New York to Wall Street Democrat Scott Murphy after counting some of the absentee ballots in the special election held March 31st. After the lead changed hands several times over the last three weeks, Murphy was leading by a few hundred votes out of over 155 thousand ballots cast. Tedisco conceded with class compared to the way Democrats handle such matters. If Democrats are behind by a certain percentage they automatically assume they can find that number of votes one way or another. Often times that means finding bags full of ballots in the trunks of cars, or attempting to disqualify absentee votes cast by members of the military. There is nothing sacrosanct to a Democrat seeking power. It is a safe bet that if Murphy had been down by the number of votes that triggered Tedisco’s concession, the 20th district would be swarming with lawyers claiming vote fraud and accusing Tedisco of stealing the election and their fellow Democrats in the press corps would dutifully report whatever the Democrats needed them to say.

Obama is quickly trying to claim this as some kind of victory for himself. Obama said Murphy “courageously championed the economic plans we need to lift our nation and put it on a better path, and he will continue to do so in Congress”. One of those “economic plans” was Obama’s nearly one trillion dollar spending bill that no one read before voting for it. Obama’s so-called “stimulus bill” contained a bailout for Insurance giant American Insurance Group (AIG), including the highly controversial bonuses for AIG executives. The facts staring back at Obama are that just five months earlier, the very same district gave Democrat Kirsten Gillibrand a twenty-four point margin of victory. Now in an unusually high turnout for a special election it ended in a statistical dead heat. Interestingly, Obama stayed out of the race fearing a Murphy loss would be seen as a referendum against his presidency. But on the day before the election when Obama saw that Murphy had a steady eight point surge in the polls and was sure to win by a decisive margin, he jumped in with a last minute endorsement and the White House, through the back door, was selling this through their surrogates in the press as a referendum on his presidency. Then when it ended in a tie suggesting a dramatic rebuke of Obama, no one in the media considered it a referendum on his presidency any longer. If it had been a clear Murphy win, rest assured the media would be crowing about how popular Obama is and that the Democrats are unstoppable.

The thick irony about the special election was that Democrat Scott Murphy was the personification of what the Democratic Party says is wrong with the country. He was a Wall Street financier, he had outsourced jobs to India, he lived well and paid himself and his top executives big bonuses -- he was a real life Gordon Gekko. Now, let me be clear, I absolutely support capitalism and free market economics, it is the Democrats who don’t. If Murphy had been a Republican, Democrats and the press would have savaged him for his big business background, he couldn’t have gotten elected dog catcher. But liberals are duplicitous. During the campaign, one of the New York papers called me for an interview to discuss the candidates and when I mentioned Murphy’s background to the reporter he asked, “What do you have against rich people?” I told him I have nothing against business people who do well for themselves, but these are the very people that Democrats tell us are what is wrong with America --this is about Democrat hypocrisy.

In the end, the special election in New York district 20 was less about the two people running and more about voters concern for their country and what Obama’s policies mean for our future. That is why a 24 point Democrat advantage in November was reversed, it is a clear message to Obama. Arrogance, however, has desensitized him to such a loud outcry.