An Odd Choice for Openness 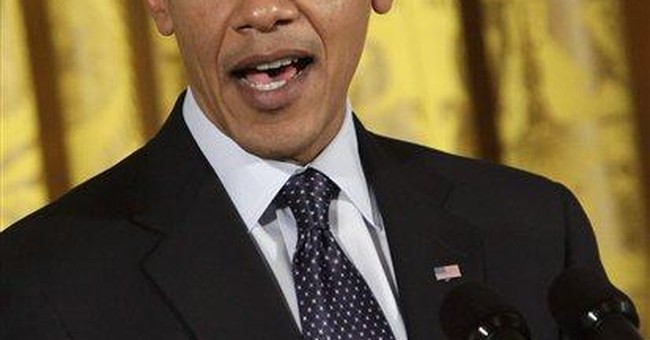 The media fawning over Obama never ends. The latest tingly feeling they are getting is over his orders for openness. The day after inauguration the Associated Press ran an article with the headline “Advocates Praise Obama Move on Disclosure.” The lead was “Government watchdogs are cheering President Barack Obama's move to change how open records laws are interpreted as a sign of greater disclosure of agency information than during the Bush administration.” The praise from the so-called “mainstream media” never seems to end for Obama and the Democrats.

The article explains, “In the late 1970s, Carter's attorney general, Griffin Bell, issued guidance to err on the side of releasing information. Under Reagan, William French Smith came in and reversed that; he told them, ‘when in doubt withhold.’ Then under Clinton, Janet Reno reversed it again; she told agencies their presumption should be for release.” Is that so? I don’t remember the Clinton administration’s openness that way at all, in fact, I am still waiting for documents to come back from Freedom of Information Act requests that I filed as a journalist back in 1995, 1996, 1997 and 1998. The Clinton White House was sued multiple times for withholding information that had nothing to do with national security. At one point a federal judge held the Clinton’s in contempt of court for not producing information about their healthcare taskforce. I guess they didn’t get Reno’s memo about openness. Or perhaps they just didn’t want enemies of America to know how to sign up for free healthcare. Throughout the Clinton years, congressional oversight committee investigations were frequently frustrated by the Clinton’s failure to turn over information so those committees could fulfill their legal obligation to the constitution. And what about Reno herself? She steadfastly refused to release what became known as “the Freeh LaBella Memo” about the Department of Justice investigation of Clinton’s Chinese campaign fundraising scandal. I guess the reason I remember these things is because I reported on them at the time, as opposed to the Associated Press which was too busy digging for dirt on Republicans in congress who were requesting those Clinton documents.

But now we are being told that, "The fact that Mr. Obama took these actions on his very first day in office signals a new era in government accountability." Well how about that. The man who ran the most secretive presidential campaign in history is now pandering to the media by speaking of an open government. To be clear, the openness the media and Democrats are celebrating have nothing to do with how the government is squandering your tax money or transparency of bailout funds -- no, the transparency that we are now supposed to celebrate are national security secrets. That is, how the Bush administration conducted the war on terrorism over the past seven years. This is Shangri-La for Democrats -- and terrorists. Having our game plan for the war on terrorism being laid out wide-open for the left and the enemy to openly criticize, and thereby weaken, makes it so much easier for another attack on America.

Where was all of this concern with openness from the press during Obama’s campaign? Obama ran for the highest office in the land with the shortest list of accomplishments in history so it should have been easy to know everything about him, yet, we know nothing. Obama’s medical records have never been released, we know only from an admission in his first autobiography that he was a recreational drug user. We know nothing about his academic record at Columbia or Harvard except that which he wants us to know, that he was editor of the Harvard Law Review. Why can’t we see the academic record that earned him that spot? During the campaign, the National Review complained that Obama refused, for no apparent reason, to release the names of his law clients, instead choosing to release the entire client list of the firm for whom he worked, thus avoiding scrutiny of possible conflicts of interest. We still don’t know precisely what his relationship is to the controversial group ACORN, or to unrepentant terrorist William Ayers. This is a short list of things we don’t know about Obama. Indeed, the unanswered questions tell us much more about him than what he has told himself. So before we celebrate opening up our national security secrets for the world, including al Qaida, to see, how about some openness about the man whom we have just handed the keys to the kingdom?