America's Founding Ideals Are Worth Fighting For

Scott Rasmussen
|
Posted: Nov 02, 2017 12:01 AM
Share   Tweet
The opinions expressed by columnists are their own and do not necessarily represent the views of Townhall.com. 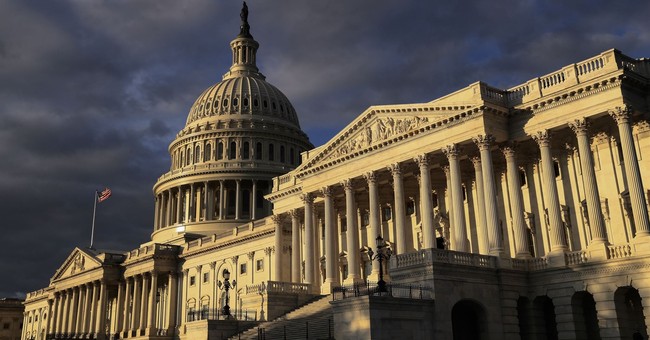 These are tough times to be optimistic about America. Terror attacks in New York City, mass shootings in Las Vegas and campus violence against targeted speakers fill the news. Rather than addressing the problems, partisan politicos act as if each tragedy is merely a platform for their own talking points.

There are two core reasons for this optimism. The first is that politicians don't lead the nation. There are countless more effective ways that we can work together in communities and create a better America. Community problem solving is all around us, although we rarely pause to consider its power.

The second reason for optimism is that Americans remain united by a core ideal that an old professor of mine called the American Creed. It's a belief that we all have the right to live our own lives as we see fit so long as we respect the rights of others to do the same. Despite the failure of our political system, most Americans still revere our nation's founding ideals of freedom, equality, and self-governance.

It is no longer enough, however, to simply share a belief in the American Creed. That Creed is being corrupted by a toxic political environment and attacked directly by extreme activists committed to its destruction. In the face of such assaults, we must actively fight for America's noble founding values. Importantly, though, we must fight for those values through means that honor them.

Defending freedom is often difficult, especially when considering topics such as Hate Speech. Most Americans are understandably uncomfortable with allowing people to utter hateful racist tirades or hurl epithets at police.

For those of us who believe in free speech, it's often hard to publicly defend the right of people to say stupid and offensive things. As we do so, it's not enough to say freedom of speech is in the Constitution. Instead, we need to explain why it still makes sense in the 21st century. Why would giving the government power to ban hate speech create more problems than the hate speech itself?

Fortunately, there is likely to be a receptive audience for this message. A recent Cato Institute study found that 82 percent of Americans recognize "it would be difficult to ban hate speech because people can't agree what speech is hateful and offensive." Pragmatic Americans recognize that President Obama would ban entirely different types of speech than President Trump. And, just about everyone recognizes that neither president should have the power to do so.

Defending America's noble ideals even means ensuring a fair trial for a man who pledged loyalty to ISIS and mowed down innocent people in New York earlier this week. It's hard to say that a man who wantonly killed eight others deserves our medical care and fair procedures. But it's not about him. It's about showing how America's founding ideals are what makes us an exceptional nation.