Scott Morefield
|
Posted: Feb 08, 2021 12:01 AM
Share   Tweet
The opinions expressed by columnists are their own and do not necessarily represent the views of Townhall.com. 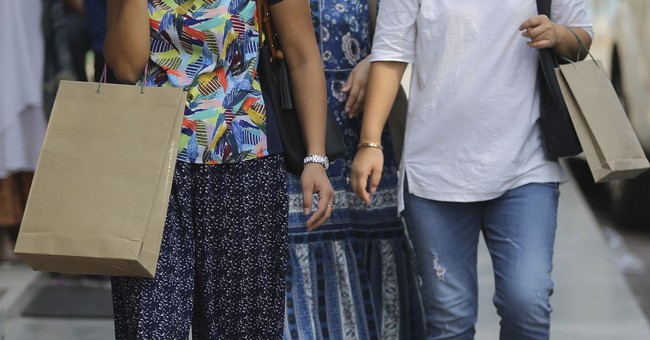 India has, on paper a least, seemed to enjoy quite a reprieve from the worst of the COVID-19 pandemic. Official reports list just under 11 million cases and fewer than 160,000 deaths so far in a country of almost 1.4 billion people. At slightly over 100 deaths per million, the densely-populated sub-continent is well outside the top 100 and far, far from the 1,400 deaths per million experienced by the United States.

As it happens, India has also taken arguably among the strictest top-down approaches in the world to combating the spread of the virus among its population. In video clips that doubtless stimulate the late-night fantasies of our power-hungry Democratic overlords, Indian police have been filmed beating restriction violators with canes and even making them do physical punishments ("That’s 30 push-ups for you, prole!"). They have also notably quadrupled down on mask-wearing the entirety of the pandemic, as this late December article by The Wall Street Journal’s Eric Bellman, titled “Covid-19 Was Consuming India, Until Nearly Everyone Started Wearing Masks,” attests.

Bellman attributes a dedication to near-universal mask-wearing for a steady decrease in cases from a high of nearly 100,000 per day in September. There has been almost “no debate” on this topic, the article says, and masks have been enforced with tyrannical rigor to the extent that police in major Indian cities literally stand in the roads and peer inside vehicles to try and find violators to ticket. That’s right, if you are in India's major cities you must apparently wear a mask INSIDE YOUR CAR or risk getting cited. “People are more likely to be wearing masks than helmets these days,” a double-mask-wearing officer told the author, who went on to describe a place where “rule-breakers are the norm” for almost every other rule, from littering to driving the wrong way, except masks.

Now, if you didn’t know any better, you might accept the premise of the article, that overwhelming mask compliance curbed the spread of coronavirus in a massively populated country where social distancing is often difficult. Their brutal methods notwithstanding, there can be no doubt that India’s government takes lockdowns and masking seriously. You may even be wondering why I brought this up, given that it would seem to go against my long-held view that masks are generally useless. Have I changed my mind?

Not so fast! First of all, let’s revisit that condescending WSJ headline: “Covid-19 Was Consuming India, Until Nearly Everyone Started Wearing Masks.” Sounds convincing, right? But is this what actually happened? The spike the writer was referring to happened in September in what ultimately turned out to be the peak of India’s pandemic so far. It’s easy to see on the Worldometers graph here. So, did India adopt universal mask-wearing in September, resulting in the subsequent virus decline, as the writer would have us believe? Nope, not even close. In truth, India’s experiment with forced masking began in April with violations in some areas punishable by up to six months in prison. In the piece, Bellman quotes a July survey that says 95% of respondents wore a face covering when out. As you can see from the graph, the virus was just beginning to ramp up then.

And then there’s this gem: “There are other factors that may be contributing to the decline of cases in India. The virus may be growing more among India’s young population but not showing up in the data because more people are asymptomatic and thus not getting tested. Another reason could be that densely populated hotbeds of the pandemic—slums in Mumbai, for example—have reached herd immunity, creating a speed bump for the spread.”

Indeed, a recently-released antibody study from Karnataka, India’s sixth-largest state, released by the Journal of the American Medical Association shows an average COVID infection rate of 47% which rose as high as 76.8% in urban areas. The study shockingly suggests that “31.5 million residents [in the state] were infected, far greater than the 327,076 cases reported by August 29, 2020.” In other words, many, MANY more people have been infected with COVID-19 than the official numbers attest.

This, of course, begs the question: How is the virus growing among India’s young population, nearly all of whom have been forced to wear masks in public for nearly a year? Further, if the mask usage ‘worked,’ how on earth did Mumbai and other cities reach such a high infection rate and even possible herd immunity? The answer, obviously, is that the masks aren’t doing a damned thing and the virus has virused quite well despite them. The sad truth is, India, like most of the world, has wrecked its society for absolutely nothing.

Despite the high infection rate, deaths have been super low in India as they have for most of the rest of southeast Asia. Why does the virus seem less-lethal there? Nobody knows for sure, but it’s likely a combination of factors. It could be a younger population (the median age in India is 26.8 years old), or a surprisingly low obesity rate when compared to the West. It could also be a built-up immunity to coronaviruses, some rubella cross-immunity, or even free and easy access to hydroxychloroquine. Regardless, COVID cultists who point to that area as a blueprint for what the West should do are either ignoring the data or lying outright. I'll leave you to guess which one.

The system wants you to believe the big lie that forced masking severely curbed the COVID-19 outbreak in India because they want you to believe it will do the same here. It didn't, it hasn't, and it won't. Ironically, if the outbreak is indeed on its final decline in India, it will be because of herd immunity, obtained despite all its government’s best efforts.