Here Are the Republican Governors Who Betrayed Trump, and Their Constituents, by Asking for Refugee Resettlement in Their States

Scott Morefield
|
Posted: Jan 06, 2020 12:01 AM
Share   Tweet
The opinions expressed by columnists are their own and do not necessarily represent the views of Townhall.com. 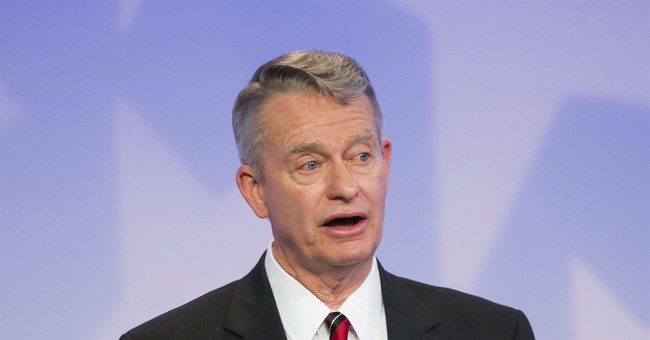 If you’re a resident of Arizona, Arkansas, Idaho, Indiana, Iowa, Maryland, Massachusetts, Missouri, Nebraska, New Hampshire, North Dakota, Ohio, Oklahoma, South Dakota, Tennessee, Utah, Vermont, or West Virginia who voted Republican in your state’s most recent gubernatorial race, did you also hope your vote would help facilitate the voluntary admission of more refugees from the third world? If not, too bad, because that’s exactly what it did, thanks to an astonishing level of guilt-induced moral preening from eighteen (and counting) RINO squishes all too happy to put foreigners over the citizens who elected them to office.

“But, but, but,” you ask, “Aren’t Republicans supposed to be the ones taking the side of their own constituents over that of people across the globe?”

Ah, you’re probably thinking of a time, long ago and far, far away ... back in 2015, when Republicans at least pretended to take a stand against former President Barack Obama’s policy of accepting and dumping Syrian “refugees” all over the country, public acceptance or even proper facilities and financing be damned. However, now that our side has real power, now that a Republican president has actually signed an executive order requiring state and local consent before they just dump refugees somewhere willy-nilly, all of a sudden they’ve got cold feet. It’s sort of like Obamacare 2.0, except worse, much, much worse - because as American Majority founder Ned Ryun said during a Friday night appearance on Tucker Carlson Tonight, “This is how red states become blue and how America ceases to be America.”

As one would expect, the left is paying attention. In an article for Washington Monthly titled “Republican Governors Are Rejecting Trump’s Anti-Refugee Agenda,” Nancy LeTourneau seems surprised even as she gloats about the then-fifteen governors who had signed on. “What we are witnessing is that a group of Republican governors (many of whom represent very red states) are rejecting Trump’s white nationalist-inspired anti-refugee agenda,” LeTourneau writes.

In case you’d like to contact any of them, here’s the ever growing list of Republican governors who have roundly rejected the Trump agenda on this issue and asked for refugees to be resettled in their states:

That’s 18 of 26 GOP governors, but perhaps even more significantly, not a single Republican governor has explicitly asked to be excluded. My own governor, Bill Lee of Tennessee, even overrode disapproval from state GOP leaders to ask for refugee resettlement in his state. For his actions, Lee earned the glowing approval of a “pro-life Christian” Memphis Commercial Appeal guest-columnist, who thanked the governor for “courageously living out his faith by choosing to love refugees as his neighbor by continuing the refugee resettlement program in the great state of Tennessee.”

Lee, like most of the other governors, based his decision at least in part on his Christian faith. It’s a line of thinking that sounds great on the surface, noble even, until you dig just a bit beneath that surface. First of all, as Fox News host Tucker Carlson astutely asked during his aforementioned conversation with Ryun, these governors “aren’t actually housing any of the refugees in their own homes or paying any of their own money, so how is it Christian virtue to take other people’s money by force and give it away? I don’t member that part of the gospel.”

In fact, Lee’s so-called “Christian values” are costing state taxpayers a boatload, to the tune of upwards of $80,000 per refugee in the first five years of resettlement, which includes welfare, housing assistance, and other forms of aid and social services. It also costs the state’s low income workers, unwillingly forced to compete with the influx of cheap labor.

Dig a little deeper though, and you’ll find George Soros-funded groups like World Relief and the Evangelical Immigration Table heavily lobbying governors to accept refugees. In fact, refugee “contractors” like these, along with the U.S. Conference of Catholic Bishops (USCCB), Church World Service (CWS) and more, whose budgets depend on resettling as many individuals as possible, have been lobbying governors, mayors, and local officials for months to agree to admit refugees. No doubt, their pitch includes wanting to help these well-meaning governors be “good Christians,” but what they are selling is from the pits of hell.

“We already have more than 20 million illegal immigrants living here,” Carlson said during his Friday segment on the issue. “The last thing many struggling communities need is more low skilled migrants who may be great people but need a lot. They stress the schools and social programs while not fully integrating. That’s just true and anybody who lives in a community where it has happened will tell you that it is true. As with illegal immigration, the long term agenda of refugee settlement is to bring in future Democratic voters, obviously.”

“Refugee resettlement has nothing to do with Christianity and has everything to do with the immoral behavior of these governments and quite frankly, a perverse incentive for these government-funded charities that are acting as refugee contractors grifting off the American taxpayer,” said Ryun, adding that these contractors are paid “$2,100 per refugee” by the U.S. State Department, “of which they get to keep 45%.”

Let’s face it, tens of millions, if not billions, of people would come to the United States if they could. With massive debt, crumbling infrastructure, burdened social services, and a social fabric that’s on the verge of coming apart, there is no logical argument on the planet for the United States to accept large numbers of refugees from the third world, especially when helping them where they are makes so much more sense.

In truth, there’s absolutely nothing “Christian” about helping Soros-funded groups fill America with future Democratic voters who will eventually help turn our country into a quasi-Communist state. In fact, it’s the least Christian thing possible.