Beware The ‘Bi-Partisan’ Democrat, Because There’s No Such Thing

Scott Morefield
|
Posted: May 27, 2019 12:01 AM
Share   Tweet
The opinions expressed by columnists are their own and do not necessarily represent the views of Townhall.com. 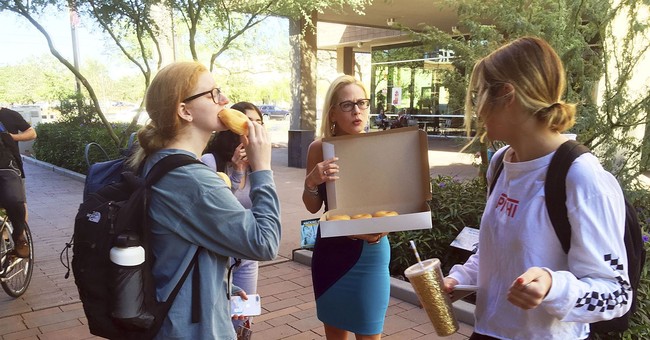 In an era where even the mildest of Trump supporters are blatantly and sweepingly characterized as “bad people” by our new Puritan masters who have heartily embraced the self-appointed task - purportedly in place of God - of designating what is “moral” and what isn’t, it’s easy to ignore our bruises, broken bones, and black eyes and look positively, graciously even, at even the mildest of perceived “support” from someone on the left. Like a Stockholm syndrome survivor or a kicked dog who nevertheless comes back and licks his owner’s hand, some of us will inexplicably begin to view an individual leftist in an entirely different light as soon as he or she deigns to give us even the slightest hint of “approval.”

With all the aspersions that have been cast, who can really blame those who suffer from a bit of ‘Battered Trump-Supporter Syndrome’ for smiling when the left tosses a bone our way?

“Maybe we should let things play out before we decide to impeach,” a Democratic politician says, and we think “how reasonable,” even though what they actually mean is: “If the Senate would be down with it, we’d overturn the results of the 2016 election in a New York minute.”

“Trump might not be literally Hitler,” a leftist says, and we think “well, there’s one of the ‘good ones,’” even though they’re just saying that because the “literal Hitler” is dead. (Besides, when it comes to leftists, are there really any “good ones?”)

So it was last week when Democratic Arizona Senator Kyrsten Sinema, a woman who has repeatedly shown her true colors as a radical leftist both as a U.S. representative and during her Senate campaign, broke ranks with fellow Democrats to confirm two Trump-appointed District Court judges, Carl Nichols and Kenneth Bell. And that wasn’t even the first time Sinema has sided with Republicans. She voted for William Barr’s confirmation as attorney general and even drew criticism from NARAL Pro-Choice America after openly stating her support for Michael Liburdi’s nomination to be a U.S. District Court judge in her home state of Arizona. Ilyse Hogue, the group’s president, called it “beyond troubling” earlier this year.

What’s really “beyond troubling,” though, is the fact that some conservatives seem to be seduced by the snake oil Sinema is selling. Want evidence? Consider a few of the comments under my Daily Caller coverage of Sinema’s votes:

“She may be a closet Republican,” wrote robotlogic. “Maybe she realized all the democratic talking point were lies once she got to Washington.”

“I was afraid of her at first but I'm liking this lady more. We'll see where she goes,” wrote 4grandma.

“Maybe, she is a DINO. Democrat in name only,” K Reller commented.

Finally, an account called “Eric Cartman” wrote something even I would have a difficult time disagreeing with:

On that count at least, truer words were never written - at least in the sense that Flake and McCain masqueraded as Republicans only to stab conservatives in the back repeatedly. The D beside Sinema's name puts her liberalism into perspective, but it also makes any remotely conservative vote seem a miracle, endearing even.

Sure, I understand the wishful thinking, but the realist acknowledges that reality is far, far different. The realist in me knows a Democrat is a Democrat, and this ain’t your Reagan-era bi-partisanship. In other words, even the “good ones” - and there appears to be only three of them in the Senate: Alabama’s Doug Jones, West Virginia’s Joe Manchin, and now Sinema - are merely hoping to deceive their center-right constituents and stay in office by pretending to cross the aisle once in a while.

Want proof? How about the fact that none, nada, zero of these pretenders have ever “crossed the aisle” to support President Trump on an issue, or even a measly, single, solitary judge, where their vote really mattered. Sure, Manchin voted to confirm Justice Kavanaugh to the Supreme Court, but he only did so after it was clear there were enough GOP votes. Does anyone truly think he would have been the deciding vote? In short, the token votes of these would-be moderates mean absolutely nothing in the grand scheme of things, except to cement Democratic power by deceiving good people into voting for charlatans.

Thankfully, most commenters to the post seemed to understand that, and several even took those I quoted above to task for their positions. However, will enough voters be deceived to make the difference in a tight, purple-state race five and a half years from now? After all, Sinema did win in 2018, and Manchin managed to win in West Virginia, a state Trump won by 40 percentage points. Hell, even uber-lib John Tester managed to pull the wool over the eyes of enough Montanans to screech out his win.

Don’t let even a mild case of 'Battered Trump-Supporter Syndrome' deceive YOU. The idea of a “bi-partisan Democrat” is a myth, like the equal wage gap, equality of results, and the idea that men can have babies. These people are every bit as bad as your instincts tell you they are.

Since we began this column with a discussion about good, evil, morality and all that jazz, it’s only appropriate to end it with an old saying that draws its roots directly from the Bible, "Beware of wolves in sheep’s clothing!"