Ralph Northam And The New Puritans

Scott Morefield  |  Feb 03, 2019
The opinions expressed by columnists are their own and do not necessarily represent the views of Townhall.com.
Top Columns
Trending on Townhall Media 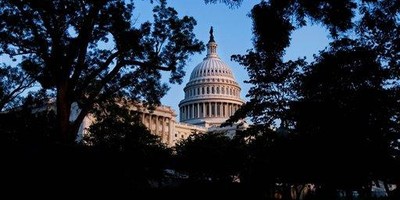 When a black-and-white picture that appeared below Virginia Governor Ralph Northam’s 1984 medical school yearbook page - of a bowtied man in blackface standing next to a white-robed member of the Ku Klux Klan - starting making the media rounds on Friday, it struck me at first like the most ridiculously cartoonish of fake news. Here was the Democratic governor of Virginia - by all accounts heretofore a good Leftist who openly advocates for every liberal issue under the sun including, of late, borderline infanticide - potentially being caught up in a racial controversy that would make Robert Byrd blush.

It was almost too surreal to be true, too seemingly contrived to not be a made-up meme from the bowels of the right-wing internet. But time told the tale soon enough. Was the picture real? Turns out, it was. Was the picture actually under Northam’s yearbook page? For sure. Was Northam actually in the picture, either in blackface or a KKK robe? Well, that one is a little more up in the air, especially after the Virginia governor’s Saturday press conference denying it. Whether or not Northam’s vehement denials are enough to raise more than a reasonable doubt in the minds of Virginians is yet to be seen, but regardless, the die has been cast. Make no mistake, Ralph Northam’s days as governor of Virginia are quickly coming to an end.

Now at this point, the ‘narrative’ for me as a non-left-wing columnist might typically be to demonstrate the difference between ‘Good Democrat’ Ralph Northam’s situation and that of, well, pretty much anyone right of center, like Iowa Rep. Steve King. Surely, there is a double-standard, right? They’ve obviously existed in the past. But in this case, while a cynic might say liberals have nothing to gain by replacing Northam with the even more liberal Justin Fairfax, the quick response from Democrats and liberals of every stripe, from Joe Biden and Nancy Pelosi to Planned Parenthood, NARAL, and the NAACP, suggests at least an increasing willingness to finally police their own.

So now everyone is being policed, at least when it comes to real or perceived racial sins, no matter how egregious or how far removed from the present. Do you feel safer? I know I do! Washington Post columnist Dana Milbank celebrated this fact in a Saturday column, contending that, while Northam has lived an admirable life of late and likely considers losing it all because of an almost 35-year-old transgression “unfair,” that’s just the way it should be.

“But some things should disqualify people from public service — a Nazi salute, sexual assault, preying on children and, yes, dressing as a Klansman or in blackface — and it doesn’t matter if it happened 35 years ago,” Milbank wrote.

So, a home invader can be the governor of Virginia, but Northam can’t? To be clear, I am not in any way excusing or condoning the use of blackface in any era. It’s insensitive, horrific, and it should be condemned, but if someone honestly doesn’t see a moral difference between preying on children and a politically-incorrect party-gone-WAAAAAY-wrong, one’s morals are, shall we say, highly suspect.

But these are the New Puritans we’re dealing with here, people for whom real or perceived racial sins - and they get to determine what those are - are the worst sins ever, basically the same as raping a woman or preying on a child. And so, Milbank celebrates the fact that Megyn Kelly lost her job at NBC (does Milbank believe Jimmy Fallon, Jimmy Kimmel, and Sarah Silverman are also equivalent to child predators? Apparently, some of that old double-standard does exist!) for seemingly defending blackface and laments Florida Governor Ron DeSantis’ electoral win despite the fact that he simply said the common phrase “monkey this up.”

Then, he blamed it on Trump, because of course he did.

“Some might think this all a witch hunt, to use the president’s term of art, but it is, at least in part, a salutary backlash against what Trump represents,” Milbank wrote. “Appalled by his racism, his vulgarity and his appalling treatment of women, we are reacting by holding public officials (and hopefully ourselves) to a higher standard. We are cleansing ourselves for the sins of Trump.”

“Cleansing ourselves” - a uniquely Puritanical concept. Except, this time ironically coming from a leftist individual who likely eschews most of what would be considered traditional Biblical morality. When every form of perversion becomes acceptable, liberals must signal their ‘virtue’ by righteously condemning what has now become the gravest of sins. And conservatives, fearing the backlash, more often than not join right in. And so the policing of the New Morality becomes even more strict than the old ever was.

Here’s a concept. Even taking into account the Michael Jackson skin darkening episode to which Northam HAS admitted and apologized for - an action Milbank still thinks disqualifies him the same as “sexual assault” and “preying on children” would - what if Ralph Northam is simply someone who made a mistake many years ago and has tried to atone for it, albeit wrong-headedly (because news flash: going liberal is NEVER the way to atone for past racial sins), ever since?

It’s a new world the New Puritans have created and, Right or Left, we’re all living in it.