Democrats And Their War On The Secret Ballot

Scott Morefield
|
Posted: Dec 17, 2018 12:01 AM
Share   Tweet
The opinions expressed by columnists are their own and do not necessarily represent the views of Townhall.com. 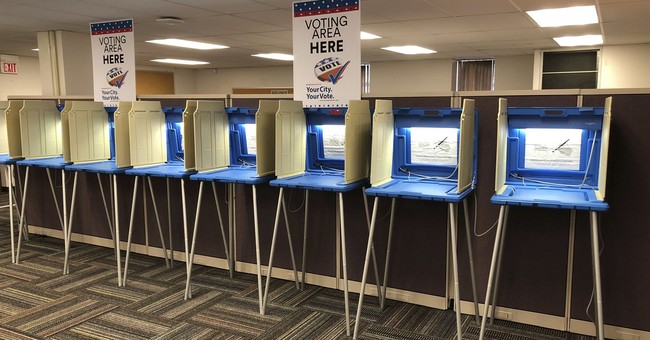 The secret ballot hasn’t always been a staple of American politics, but it was wisely instituted by most states around the 1890s as a way to forestall voter fraud via intimidation, vote buying, and blackmailing. Since then, it’s become ubiquitous not just in the United States but in most democratic countries, and one of the first things most people associate with the very concept of free and fair elections. After all, there’s something uniquely special about the fact that, no matter one’s identity or position in society, everyone has the right to vote for the candidate of his or her own choice without political pressure or repercussion.

That’s how it used to be, anyway, before Democrats began seeing it as an obstacle to power (like when they tried to remove the secret ballot entirely from workplace union elections so workers could be peer-pressured into allowing unions in). It’s an odd view, at first glance. Going with the narrative of husbands telling their wives how to vote - which is apparently how Trump won, or something - sure, maybe a husband might browbeat his wife during the months and weeks leading up to an election. But when that wife gets in the voting booth all by her lonesome, she can pull that lever, push that button, or mark that chad any way she damned well wishes, and there’s not a thing anyone can do to stop her. And if she wants to keep the family peace by lying about it when she’s done - either to her husband or to exit pollers - she’s free to do so.

In other words, if they believed their own bull you’d think Democrats would be cool with secret ballots, but amazingly, they’ve become the driving force of late to ending the process altogether. Consider California, a state where Dems are solidly in control, yet hellbent on finding various ways to purge the state of any and all Republican Congressional representatives. And they almost managed to do it in 2018, at least in part by taking advantage of a process called “ballot harvesting.” In a nutshell, “ballot harvesting” is the practice of “helpfully” collecting ballots and delivering them to polling places on behalf of voters. Where previously only relatives or those living in the same household could collect and deliver ballots, California opened it up to literally everyone in 2016. In another noteworthy change, the state also allowed harvesters to collect as many ballots as they can.

I won’t belabor that point as I’ve written extensively about the practice here, and here, but “ballot harvesting” wouldn’t even be an issue if not for an even larger problem, which is fewer and fewer voters casting their votes in an orderly fashion in the privacy of a voting booth. The “ballot harvesting” provision in California was actually passed as a revision to the state’s vote-by-mail law, a practice pushed - often by Democrats - as a way to increase voter participation. In California and several other states, voters can not only register to receive a ballot by mail for no reason whatsoever, they can also sign on to receive ballots by mail in perpetuity. No need to endure the horrible, debilitating inconvenience of having to set foot in a voting booth ever again.

Problem is, in addition to all the other security issues involved, one key thing is sacrificed in exchange for all this “convenience” - the secret ballot itself.

“The percentage of Californians voting by mail has steadily increased,” read an AP report earlier this year, citing a high of 70 percent of the state’s voters opting for the practice in 2014.

Interestingly, one thing that likely DID go wrong happened on behalf of a Republican, in a state that voted for Trump in 2016. We know this because Dems will howl when the (alleged) fraud happens TO them, but will predictably turn a blind eye when they are doing it themselves.

Consider this article from The Hill on North Carolina’s 9th District goings-on.

“An investigation into suspected fraud in a closely contested House race in North Carolina has shined a spotlight on an increasingly powerful tool in U.S. elections: mail-in ballots,” wrote Max Greenwood in a sentence that no mainstream media source would use to describe a Democratic state.

The case centers around a Republican operative who allegedly paid people to collect absentee ballots in two counties. In North Carolina, unlike California, third parties are allowed to return ballots “only in limited circumstances.” (That’s right, if this were California there would likely be no issue.)

Presumably since this is a Republican case, The Hill writes that the issue “has resurfaced concerns about the security of mail-in ballots and the potential for fraud. It also raises questions about how vote-by-mail programs should be executed, especially with a growing number of Americans casting their ballots by mail.”

“But some experts say that mail-in absentee voting also raises the likelihood of ballot tampering, because there are fewer checks in place to ensure that completed ballots reach local election officials without interference from third parties,” The Hill reports.

There’s also a great quote from Paul Gronke, director of an Early Voting Information Center in Portland - “I think that it’s fair-minded to say that the fraud that we do see is associated with absentee ballots, because there are these points where an actor with ill intent can try to manipulate things.”

The Hill is careful to warn that fraud “either in mail-in or in-person voting, is rare,” as if we know this for sure and please don’t ask too many questions or, especially, start drawing comparisons to other places. It’s almost like Gronke and others don’t want the North Carolina coverage to spill over into other, less-red states. “I’m concerned that, with all the attention this has gotten, there could be a lot of overreaction,” he said, like politicians looking to, you know, try to make sure the only people who vote are those legally allowed to vote.

Interestingly, former North Carolina Gov. Pat McCrory thinks mail-in voting should be done away with entirely except for military members, Americans overseas, and those with specific medical conditions.

“If you got this much money on the ground, there’s always going to be some characters that abuse the system — a system that’s based on trust,” McCrory told The Hill. “There are little gaps in the system where you might have to firm up rules and regulations. It’s a fine line between making it easier and making it safer.”

A fine line indeed. In 2016, Trump outperformed the polls because, among other reasons, more people were willing to vote for him in secret than say so in public. Virtue-signaling democrats and liberals love to shame and pressure people into submitting to their will at the cost of being a pariah, a “bad person.” Perhaps that’s one reason they want to turn more and more of the electoral process over to vote-by-mail and the myriad ways pressure can be brought on those voters.

Vote-by-mail advocates say the practice increases turnout, and it does. Turning the electoral process into a gigantic smartphone-based America’s Got Talent contest would as well. But Russians notwithstanding, without secure and safe elections where everyone who votes is legally allowed to do so in true, enforced privacy, are our elections truly safe?

Liberals don’t care, as long as they win them.