Why Gun Owners Need to Be Thankful to Robin Williams, the Ferguson Protestors and ISIS 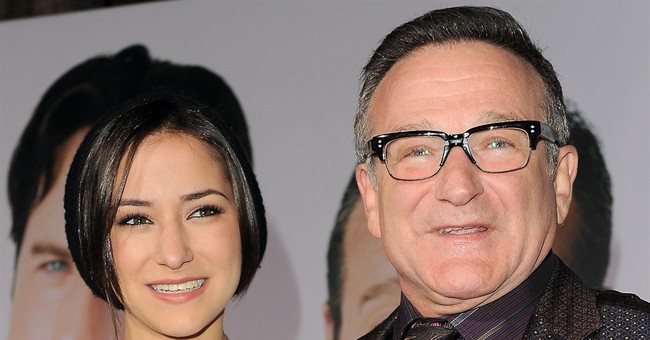 I want to take advantage of the words of Rahm Emanuel when he said, “You never let a serious crisis go to waste,” as we are enduring several crises here presently in the world today. It’s like a buffet of blood, riots, and death leaving gluttonous journalists never hungry for negative content. However, rather than join in the glass is half empty crowd, I decided there has to be something good coming out of all the turmoil.

When Robin Williams died, friends and fans alike in Hollywood and the liberal left were quick to call for attention to mental health and mental disorders. Their posts were demanding for Congressional hearings and education initiatives to encourage people to recognize the warning signs of someone who is suffering from a variety of mental disorders.

Right now, protesters have been filling the streets for more than a week protesting the death of Michael Brown. Some protests have been peaceful, while some have been violent and have involved the destruction of property. These more aggressive protests that have been contained by police serve as reminders of how quickly violent mobs can be motivated to rise and form.

In Iraq, the pictures and videos of the slaughter of Christian men, women and children are flooding social media. Despite President Obama’s claims that conditions are improving, I keep seeing more and more horrifying, vulgar pictures each day.

It is obvious that the Iraqi military are overwhelmed and cannot control the well-funded and increasing power of ISIS. Christians in Iraq have virtually been exterminated—for first time in a millennia, almost none are left within Iraq’s borders. Targeted only because of whom they choose to worship.

In these three news headlines we see the recognition and call for attention to mental disorders; violent protesters that can not only gather at a moments notice, but also have disregard for personal property; and an example of where the government is not strong enough to stop thousands of people from being murdered because of a choice they have made.

All three of these factors are key points of the pro-Second Amendment movement and right now, for the first time since President Obama took office in 2008, we can take a short breath of relief knowing that the last use of this president’s pen and phone would be to issue executive orders in regards to restricting our Second Amendment rights.

Every time there has been a mass shooting, gun grabbers are quick to lay blame on the lack of gun laws and scream loudly about how those in the federal government need to do everything in their power to take guns out of the hands of law abiding citizens. At the same time, those Second Amendment defenders accurately point out that the common denominator of all the shooters is that they suffer from some form of a mental disorder that was not being addressed or was being mishandled because of the politically correct society we now live in.

In a perfect world, Hollywood and pro-gun groups like the NRA might work together to encourage a new attitude, which would focus more on mental health and less on taking granny’s legal gun.

Both the protests in Ferguson as well as the slaying of Christians by ISIS reminds us that we do not live in a Leave It To Beaver sitcom and people still need the ability to defend themselves and their families against aggressors who want to do harm. Truth is, those who want to commit evil will always find a tool to carry out their goal and most of us just hope ours is more powerful.

While it is wishful thinking that President Obama cut short his vacation because he was just worried about running into Hillary at another social function and have to publicly give her a hug, truth is, I am sure his pen and his phone will be quite busy for the next few weeks until Congress returns.

Issues like immigration, healthcare waivers, and judicial appointments are sure to be on his agenda. However enjoy the brief respite, Second Amendment defenders, because it is safe to say that after the midterms you will be back to work It is only a matter of time before those on the left will find another reason to reignite the assault on granny and the rest of the law abiding citizens’ right to own and carry a gun.