How Obama Will Restore Faith in the IRS? 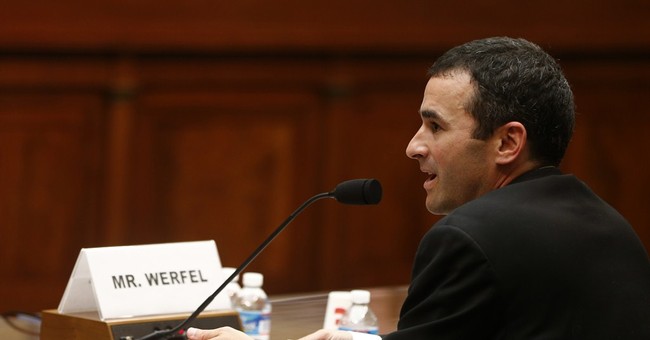 You’d be forgiven for thinking that the IRS is busy. After all, they have a lot of work to do to make up the Obama administration’s $1 trillion yearly deficit. But that hasn’t stopped them from targeting tea party groups and denying their non-profit applications. Or spending time at lavish conferences, recording Stark Trek parodies and the “Cupid Shuffle” dance. And all of this while the Americans they are “collecting” from are hard at work.

But this is what happens in an era of big government, and we should only expect it more often. Fast and Furious, Solyndra, and Benghazi are all symptoms of the bloated federal mass in Washington, too tangled in its own underwear to do anything effective.

Many of us have understood this for years, and have fought tirelessly to pull in the reigns on out of control spending and bureaucracy. Power tends to corrupt, hence the purpose of our Constitution in the first place. Pretend like the Constitution doesn’t exist on a regular basis, and what do you get? You get scandals and misuse of authority on a regular basis.

The key to restoring American’s faith in government is principled leadership of a government that is small enough to manage. Conservatives have been wronged by the IRS. The only way to restore a semblance of trust in the institution is to appoint someone that can be counted on to clean house and keep the rogue institution from overstepping its bounds again.

There’s a job listing at the IRS, with the description: “Looking for principled leader who understands the taxpayer.” I also happen to know someone looking for a new line of work, after exhausting herself fighting for the rights of the American taxpayer for an employer that just didn’t quite get it.

It’s time that we really put Congresswoman Bachmann to work. No move could more symbolically signal a seriousness about transparency, integrity, and commitment to the American taxpayers that Obama has claimed to represent than to appoint her as new head of the IRS.

Most importantly, it would signal that when the Obama administration wrongs the American people they are able to own up to it. When border patrol agent Brian Terry was slain by Fast and Furious weapons, the Administration stood by Attorney General Eric Holder and tried to trump facts with political spin. When Ambassador Christopher Stephens and other Americans were killed in Benghazi, the White House sank itself deeper into a hole while simultaneously trying to discredit testifiers. When the IRS unlawfully targeted the very groups that were trying to hold it to higher standards and seek more efficiency and transparency, the White House simply shuffled talking heads to offer excuses.

Conservatives, and the taxpayers that they fight for, are owed more for what they are forced to contribute. Why not a principled leader with an LLM degree in tax law from William & Mary who worked five years in the IRS as a lawyer? If the IRS is to be trusted in administering the behemoth Obamacare, it is time that they tighten their belts and get ready to actually serve the American people – not the partisan political interests of the White House.