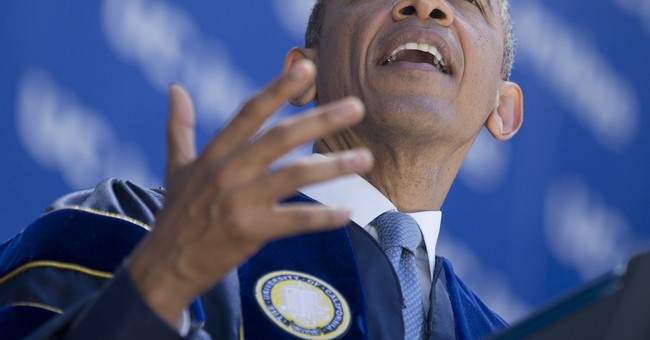 No matter what President Obama or members of his administration say regarding the economy, the unvarnished reality remains that the United States continues to suffer through its slowest economic recovery in generations.

While the Obama economy has affected all Americans, stubbornly high unemployment has had a particularly harsh effect on younger workers attempting to join the workforce.

That reality was driven home by the recent jobs report issued by the Bureau of Labor Statistics (BLS). While the unemployment rate for 20 to 24-year-olds jumped from 10.6 percent to 11.1 percent in May, the true state of employment for young workers, and recent college graduates in particular, is likely much more tenuous.

Patrice Lee, Director of Outreach for Generation Opportunity, a non-partisan organization focused on youth advocacy, said of the current economic climate, "School is out for summer, and more than four out of five recent grads don't have jobs. My generation deserves better than an economy in which a 15.4 percent effective unemployment rate for 18 to 29-year-olds is considered a good month."

The four out of five recent college graduates unable to find work cited by Ms. Lee comes from a disheartening survey reported by the LA Times last month. The data, culled from a poll conducted by After College, a networking website, paints a disturbing job scenario for Millennials.

"Among seniors who will graduate over the next few weeks, 83% hadn’t landed a job as of last month, even though nearly 73 percent were actively seeking one," reported the LA Times.

Additionally, it was reported that among survey respondents who had majored in seemingly marketable fields the prospects were no brighter.

"Among those getting degrees in engineering, technology or math, 81.6 percent didn’t have a job," and those majoring in business were experiencing even worse prospects with "85.1 percent still pounding the pavement," said the Times.

Compounding the difficulties for young Americans struggling with the Obama economy is the high amount of debt many have incurred through student loans. Common sense would dictate that the best remedy for paying down one's outstanding debt would be through steady employment, but jobs are in short supply.

Of course, since job creation has eluded the Obama administration, the president has had to resort to his common refrain of pledges and executive actions of questionable legality.

Last week, President Obama announced his intention to expand an already existing program for student loan debt relief. The president's desire to expand the number of individuals able to apply for the program, which caps debt loan payments to 10 percent of a borrower's disposable income and forgives any outstanding balance after ten or twenty years, depending on whether the individual works in the public or private sector, could see a substantial increase in enrollees.

But like seemingly every idea promoted by the Obama White House, this one comes with a potentially heavy price tag and many have questioned whether the president even has the authority to unilaterally follow through with his stated plan.

In response to White House Domestic Policy Director Cecilia Munoz's claim that the expanded student loan relief program would not cost a dime, and would in fact would likely save the American taxpayer money, Tennessee Senator Lamar Alexander was incredulous.

"There most likely is a cost and the president shouldn’t propose it without telling us a cost," stated Alexander.

Superseding congressional authority to unilaterally expand an existing student debt relief program may generate kudos from the Left but it is not the panacea for high unemployment and fruitless job searches that has affected millions of young Americans. Millennials need jobs, not political stunts.