What if Trump Signed an EO That Mandated Members of Congress Use VA Healthcare?

Scott A. Huesing
|
Posted: Feb 26, 2019 12:00 PM
Share   Tweet
The opinions expressed by columnists are their own and do not necessarily represent the views of Townhall.com. 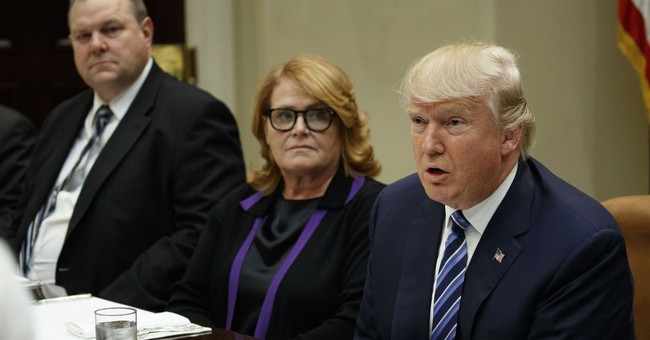 Imagine if in some spectacular move, Trump decided to give active and former members of U.S. Congress even more benefits? That he signed an Executive Order that allowed our elected officials to enjoy the same top-notch healthcare that our nation's veterans enjoy under the current U.S. Department of Veterans Affairs (VA).

The results would be astonishing.

Picture if you could, a prominent U.S. Senator checking into the Emergency Room at a VA Medical Center in their home state complaining of chest pain.  After waiting countless hours to see a doctor, they are denied access by the attending Physician’s Assistant – a contracted government agent and tells them that they are most likely only having muscle spasms and send them on their way.  The senator’s constituents and the nation are later shocked to hear that they suffered a heart attack after being found on the grounds of their estate, clenching a large bottle of Ibuprofen in one hand and their cell phone in the other. Only to find out that they were later rushed to a local private hospital for care.

Of course, the story above is fictional to make a point – but is dangerously close to the reality for many veterans.

Sadly, there are thousands of VA horror stories.  Stories like that of my friend Sergeant First Class Richard Stayskal – a U.S. Marine turned U.S. Army Green Beret who suffered sharp chest pain and shortness of breath after taking a bullet in the chest from an enemy fighter in Ramadi, Iraq in 2004.  Stayskal checked in to Womack Army Medical Center. After days of waiting while still on active duty in North Carolina was told he had pneumonia after a full body scan.  Not pneumonia – STAGE 4 CANCER.

Now, diagnosed with less than a year to live, Stayskal is still leading and fighting like a Marine.  This time he’s fighting to change the 1950 FERES Doctrine that prohibits him from suing the government for medical malpractice. Denying his claim of gross negligence from the contracted physician who misdiagnosed him in January 2017.

According to Lawyers and Settlements, and online legal news source, “In 2013 the [VA] tended to 5.6 million veterans, a 32 percent increase from 2002. Increasingly, more medical negligence claims have been directed toward VA medical malpractice claims involving a wide range of mistakes, from prescribing the wrong medication to botched surgeries to failing to diagnose illnesses. Some mistakes have resulted in death.”

This country was founded on the blood and sacrifices of those willing to fight for freedom – they put their country above their own needs.  The public and politicians should never forget that it wasn’t until all of the battles had been won by our brave revolutionary warriors that our country was, only then, in a position to establish a political system.

Our military collectively protects the government and citizens today – still, a nation at war.  They enable them to sit comfortably on Capitol Hill to write policy or apathetically ignore those that are broken.  Policies that are literally killing our returning heroes and denying their families just compensation when they are the victims of medical malpractice.  Real people who served their country for years, sometimes decades.  Deploying to war zones and hazardous areas where their bodies become racked from overuse and abuse.

It is the government’s responsibility to fix the things that they have ultimately broken.  Instead, politicians have created and harbored a system that is corrupt, inept, and woefully unresponsive to the needs of veterans. Abandoning those who protect them.

Even though the VA has undeniably helped some veterans – when they fail to do so and do harm to veterans who put their trust in the system – there has to be accountability.  When medical practitioners or VA administrators hide within the maze of a well-formulated bureaucracy to protect themselves, it is a disgrace.

But make no mistake, our veteran community and our service members are not disposable.  We can no longer allow those who protect our country to be churned through the bowels of broken government healthcare systems that treat them as waste.

It seems convenient for politicians to use veterans once or twice a year as political puppets to make themselves feel better – or help their re-election prospects.  However, few are actually changing antiquated laws and policies that can really make a difference to veteran healthcare and entitlements.

Major Scott A. Huesing USMC (Ret) is the bestselling author of Echo in Ramadi – The Firsthand Story of U.S. Marines in Iraq’s Deadliest City. He is a proven combat leader that has served in Iraq, Afghanistan, and the Horn of Africa. He has planned, led, and conducted hundreds of combat missions.