Scot Faulkner
|
Posted: Apr 15, 2017 12:01 AM
Share   Tweet
The opinions expressed by columnists are their own and do not necessarily represent the views of Townhall.com. 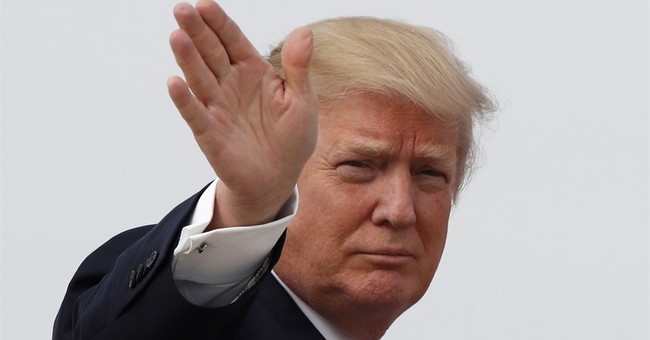 As the White House and Republican leaders debate and negotiate a new bill, the “blamestorming” continues over the earlier failure to repeal and replace Obamacare. Congressional Republicans have only themselves to blame. Since returning to majority status in the House in January 2011, Republicans have formally voted 54 times to address all or part of Obamacare. Six were votes on full appeal.

H.R. 132, from 2015, is typical of these efforts. It simply stated: “such Act is repealed, and the provisions of law amended or repealed by such Act are restored or revived as if such Act had not been enacted.”  Why didn’t Republicans vote on this a few weeks ago?

Republicans did not vote on simply going back in time, because they thought government should play a significant role in healthcare. It should not and need not. Crippling regulations need to be changed and the private sector needs to be encouraged. Last month’s legislation did not clear the way for these solutions.

The Republicans’ problem is squandering six years with legislation designed more for fundraising and campaigning than for governing. Instead, they could have viewed their repeal and replace efforts as prototyping or beta-testing a new product or app. They could have tested ideas and built Republican consensus. Not doing this led to disaster. So now what to do next?

In 2013, I outlined a patient-centric versus politician-centric approach. Maybe now it will be followed. Those wanting an expanded governmental role in healthcare and those opposing it are fighting the wrong battle in the wrong way.

The debate over national healthcare policy has lasted over a century – intensifying during the Clinton Administration and since Obamacare. It has always been about coverage, liability and finance, never about care protocols and patients. If making health affordable is everyone’s stated goal, then why not focus on the actual care, health and wellness of Americans?

America remains the best place on Earth to have an acute illness or shock-trauma injury. Our nation’s emergency rooms and first responder protocols are unequaled. Princess Diana may have lived had her car accident happened in New York City instead of Paris. America’s diagnostic methods and equipment are unequaled. That’s why patients from all over the globe seek answers to complex symptoms by visiting the Mayo Clinic, Cleveland Clinic, Johns Hopkins, Sloan Kettering and countless other world class facilities.

The other side of American healthcare is its failings in chronic care, expense, and a system that is controlled by the medical profession, pharmaceutical companies and insurance industry. This triad of entrenched interests has prevented the widespread use of substances and therapies deemed effective in most of the world.

Thankfully, an increasing number of healthcare professionals are embracing global best practices, virtual technology and patient-centric methods. Some are even exploring homeopathic and nutritional treatments that are commonplace around the globe, but viewed (often skeptically) as “nontraditional” in America, though these innovations are improving the health of patients while driving costs down.

This is the arena where policy-makers should check their partisanship at the door. Seeking ways to improve healthcare, not health financing, will ultimately make health affordable to us all.

I have personal experience with the convergence of these worlds. Since 2007, I have been the primary caregiver to several family members with serious chronic conditions. These conditions have been punctuated by emergency care and major surgeries. Making decisions and managing treatment across this spectrum has been a real education that has helped me identify four major areas of opportunity for health and healthcare improvement, while addressing the affordability of private and public health services.

However, natural substances are not covered as a medical expense either by insurance or tax deductions. Instead, acid reflex sufferers must pay for over-the-counter treatments (which are also not covered by insurance or tax deductions), or must obtain expensive prescriptions after paying to see a doctor or specialist. Being a natural treatment, the vinegar regime also avoids side effects and drug interactions. Why not go “back to the future” and find ways to support these more affordable and effective treatments?

Third, community caregiving is another new frontline for achieving and sustaining wellness. In 2009-2011, I was part of the planning team for developing a community-based care system for the Atlanta area. We found a disturbing pattern. Patients, especially Medicare/Medicaid patients, arrive in hospital emergency rooms when their chronic conditions (diabetes, congestive heart failure or chronic obstructive pulmonary disease or COPD, eg) become acute. These patients are treated at the most expensive point of care: emergency room. Once they are released, many do not have the support (family, friends, neighbors) or the capacity (because of dementia) to follow a treatment regime that would prevent the next emergency room visit. These revolving-door patients drive-up costs and end-up in a cycle of deterioration.

Our solution was to develop a community-based healthcare network. Such networks are known as “Accountable Care Organizations” (ACOs). They break out of traditional hospital and doctor office environments to forge partnerships with the community – churches, social workers, local government, neighbor associations and nonprofits. A needy patient with chronic conditions is assessed holistically.

This includes risk factors (eg, smoking, alcoholism, drugs) and environmental factors (family and home environment). A care plan is developed and assigned to a multi-faceted care team (comprising community resources) and a care manager. Doctors and nurses are part of the team. The majority of health actions take place among family and community – and is driven by electronic medical records, aided by remote sensors and virtual care, and guided by the managed care team.

The result of this holistic approach is improved care, sustainable health and reduced costs. It is the one way Medicare and Medicaid costs can be substantially reduced while enhancing quality of life. There are initiatives to promote this methodology within the Center for Medicare and Medicaid Services (CMS), but it is occurring too slowly and is too isolated. ACOs are making a difference, but no major politician has embraced the concept and neither party has promoted them as a way to reduce entitlement costs.

Fourth, families have always been a pivotal component in healthcare. Whether it is a parent staying home to care for sick children, or adult children caring for ailing parents, family caregiving is vital. However, it is also emotionally and financially draining.

Having been the care manager, medical power of attorney, and patient advocate for both my parents and my wife, I know how much time is spent with ailing family members. Current IRS regulations provide for listing parents as dependents based only upon financial support.

However, there are no tax credits or deductions for those who have the medical power of attorney and devote countless hours to direct care or acting as the patient’s advocate for managing their care. Politicians at both the state and federal levels should provide relief for this indispensable and growing volunteer service sector. Supporting family-based assistance will save billions in public assistance.

According to the National Alliance of Caregiving, 70 million Americans provide unpaid assistance and support to older people and adults with disabilities. Forty percent of these caregivers provide care for 2-5 years, while approximately 29% provide care for 5-10 years. Unpaid caregiving by family and friends has an estimated national economic value (in 2004) of $306 billion annually – exceeding combined costs for nursing home care ($103.2 billion) and home health care ($36.1 billion). This value is increasing as the population ages.

These four areas of opportunity will not address every health issue or entirely diffuse the fiscal bombs strapped to medical entitlements, but they are a good nonpartisan start. It is time for politicians to focus on the wellbeing of patients, not themselves.