For Money Not Principle: Good Riddance To The Lincoln Project

Sarah Lee
|
Posted: Feb 20, 2021 12:01 AM
Share   Tweet
The opinions expressed by columnists are their own and do not necessarily represent the views of Townhall.com. 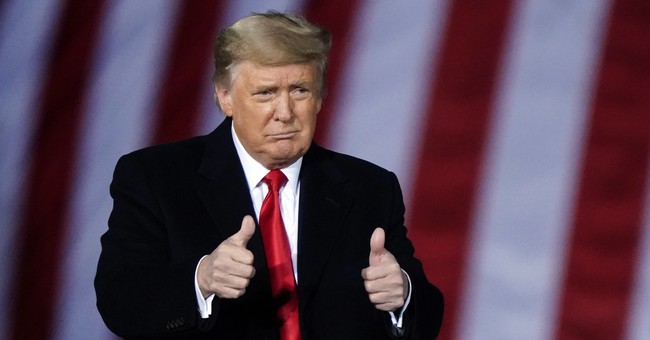 The embattled Never Trump gang The Lincoln Project appears to be just about done, with calls coming from enemies and allies alike to shutter operations and close shop in light of allegations the group used much of the money they took in to pay themselves and knowingly employed a sexual predator.

But before they become a footnote in the Trump era of American politics, let’s examine how this cadre of so-called true conservatives operated because their clumsiness in financial matters is instructive of how modern politics operates in general, particularly as it relates to payment for policy promotion. The story of The Lincoln Project offers more than a little justification for the public’s distrust of the political process.

Reed Galen, one of The Lincoln Project founders, has recently been reported as having ties to a “dark money” group – in this case a 501(c)(4) called Project Yellowstone – created, according to its website, “to educate voters on how to vote in person or by mail in the 2020 presidential election during the peak of the coronavirus pandemic.”

As CNBC notes, the scrutiny The Lincoln Project faces “for paying vendors with ties to the committee’s leadership, including millions to a firm founded by Galen himself” is heightened by its association with a group that legally had tighter restrictions on disclosure. “[T]he arrangement could have allowed behind the scenes payments to firms with ties to the super PAC’s leadership or other vendors that often did work with the Lincoln Project,” CNBC notes.

The Lincoln Project, for all its “we’re the true conservatives” talk, was apparently connected to a group that worked to promote exactly the kind of election policies the liberal left was also interested in promoting in the states during the 2020 election. And because Galen is now being linked to a “dark money” group, it’s hard to tell how money was changing hands to promote those anti-conservative policies.

While protecting donor privacy is a solid conservative principle, it – like many other conservative ideas – is often abused in practice by those with agendas that work against conservatism (even those claiming, with evidence to the contrary, to be conservatives like The Lincoln Project).

A new $2 million ad campaign from a conservative coalition led by Judicial Crisis Network, Heritage Action for America and Americans for Public Trust, explains how progressives – screaming about “dark money” in politics since 2010’s Citizens United case – actually use donor privacy to their advantage. One of the ads notes liberals spent a record amount of dark money -- $145 million – to help get Joe Biden elected. Now that he’s in office, Biden’s beginning to “pay back” those “dark money” groups by offering prime appointments to some of their leadership.

“Dark money groups led by Arabella Advisors, among others, now want payback for helping Joe Biden get elected,” Caitlin Sutherland, executive director of Americans for Public Trust, said in a statement. “Mr. Biden promised unity, but his nominees to high positions and his policy prescriptions reveal an extreme liberal agenda, on which these dark money groups are trying to cash in.”

“From personnel to policy,” the ad says. “Biden is just starting to pay back all that dark money.”

It’s an important part of the calculus for the left, decrying publicly the very thing they use privately to win. And position appointments and policy payback are the ultimate keys to the game. The Lincoln Project apparently adopted the playbook.

Given what we do know about some of The Lincoln Project donors – including Michael Moritz, a partner at the venture capital firm Sequoia who was responsible for spearheading Sequoia’s expansion into China in the early 2000s - one can only imagine what payback to their “dark money” donors might be.

Good riddance to a group that took their cues from progressives and twisted conservatism into little more than a money-making grift while claiming to protect conservatism. May your name live in infamy alone.