Sarah Lee
|
Posted: Dec 12, 2018 11:11 AM
Share   Tweet
The opinions expressed by columnists are their own and do not necessarily represent the views of Townhall.com. 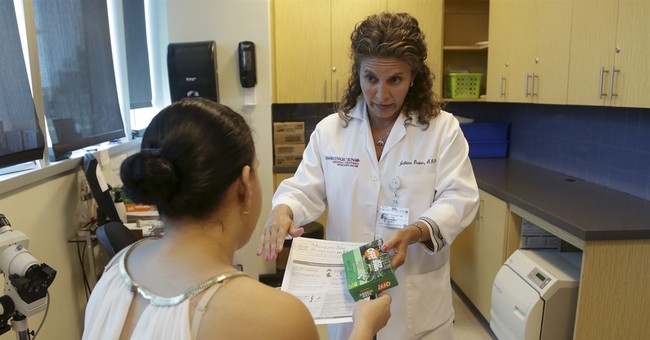 As 2019 approaches, Americans should expect the health care war to enter a new and more divisive chapter. With the Democrats gaining control of the House of Representatives, the Republicans maintaining control of the Senate, Congress is likely to engage in some heated health care debates. Adding fuel to the fire, the state-led challenge to Obamacare will likely be decided sooner rather than later.

As the Democrats argue over whether to save Obamacare or implement Medicare For All, the Trump administration will likely continue to return federalism to health care. The administration has allowed states to take the lead on policy decisions regarding insurance, transparency, and access to care. The most recent example was a late-November announcement from the Centers for Medicare and Medicaid Services (CMS) that introduced four new waiver concepts that will increase states’ freedom to pursue 1332 state innovation waivers.

On the day the concepts were announced, CMS Administrator Seema Verma told hundreds of state legislators, local government leaders, administration officials, and stakeholders that CMS is “seeing the problems the ACA created and seeing the lack of federal action to address these problems should be proof enough for why it was such a mistake to federalize so much of health care policy under the ACA.”

The state innovation waivers, recently renamed State and Empowerment Waivers, are designed to give states the freedom to “innovate new health care programs aimed at reaching important goals, including strengthening their health insurance markets, expanding choices of coverage, and targeting public resources to those most in need,” according to CMS.

Verma was particularly interested in unveiling the first concept, the account-based approach, which would help subsidize consumer health care expenses by allowing a state to provide a cash contribution to a consumer-held account that a person can use to pay for out-of-pocket expenses or pay premiums. CMS announced that the new account-based approach maximizes a consumer’s ability to manage their health care costs. Furthermore, the accounts can be used across the Obamacare exchanges, with Medicaid, and with employer-sponsored coverage. Verma said the flexibility will help control skyrocketing premiums and subsidies.

In short, the Trump administration’s health care reforms give Americans a choice: continue believing in the broken promise of convenience offered by a big-government health insurance marketplace, or embrace the more affordable, high-quality options associated with a consumer-oriented free-market approach.