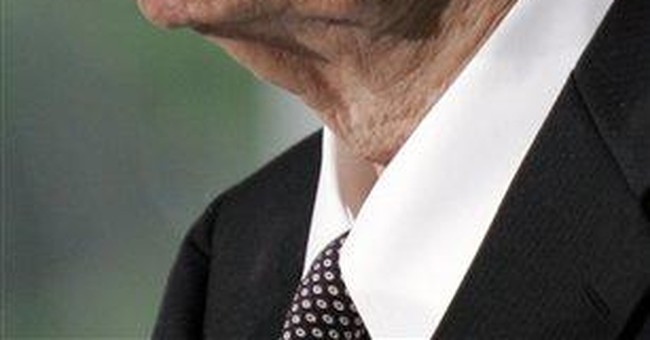 There’s hardly an evangelical who doesn’t know about Wheaton College. Alma Mater of the Reverend Billy Graham, Wheaton boasts a student body of superior intellect and an education rivaling much of the Ivy League. Wheaton College graduates can boast of presidential speech writers and Speakers of the United States House of Representatives along with doctors and executives and professors and missionaries and pastors across the globe.

But Wheaton is different. Founded by an anti-slavery father and son, Jonathan and Charles Blanchard, Wheaton was established as a chain in the Underground Railroad to help runaway slaves. Wheaton’s distinctive has always been to educate students not only with knowledge but with wisdom. All truth is God’s truth. The knowledge of God brings greater understanding, not less … the acknowledgement of Him brings order from chaos in science, mathematics and economic systems. To be a Christ follower can bring the highest of intellectual pursuits, not the Bible thumping ignorance Hollywood would portray.

So imagine the dismay of many to learn that, in an effort to educate its students, Wheaton has moved to the left, so much so that in a survey by the Wheaton Record, 60 percent of its faculty voted for President Barack Obama, the most pro-abortion, pro-homosexual agenda, spiritually confused president the nation has ever elected.

How can this be? Perhaps much of it can be attributed to a movement widely embraced by the campus known as “social justice.” In its truest form, justice is synonymous with Christian teaching. Why else would Christians through the ages have left the comfort of their home and culture to go to remote villages and treat the sick and preach the “good news” of a universal savior, Jesus Christ. Why would the William Wilberforces and the American abolitionists have sacrificed so much to eliminate the slave trade? Why would most hospitals trace their beginnings to founders compelled by their faith to treat the sick? Soup kitchens … homeless shelters … inner city missions the same? Why if not for the cause of justice?

But as is often the case for the Left, words are co-opted and meanings changed. To be “gay” is to be homosexual. To abort a baby is to exercise “choice” and to exercise “social justice” is to identify the oppressed and the oppressors and define all of history past and present as a series of injustices. Whites oppress blacks … even 6-year-old white children are intrinsically racist. Big business oppresses the working man…even business owners who are honest and generous. To be successful in business is to oppress and the score must be evened to obtain justice. Heterosexuals oppress homosexuals with no allowance for moral objection. According to this definition of “social justice,” the oppressor and the oppressed must be identified and actions taken accordingly.

In the current document known as the “conceptual framework” of the education department at Wheaton College which must be endorsed by each of its faculty, the thinkers cited include among others, the father of the social justice movement, Brazilian Marxist, Paulo Freire and former Weather Underground terrorist Bill Ayers. Just a glimpse at Freire’s foundational treatise “Pedagogy of the Oppressed” will clearly display his sources: Marx, Lenin and revolutionary murderers Mao Tse Tung, Fidel Castro and Che Guevera (see, “Pedagogy of the Oppressor,” March 28, 2009, in National Review by Sol Stern).

Professor Bill Ayers, co-founder of the Weather Underground, wanted the violent overthrow of the United States Government. Now elevated as a teacher of teachers, Ayers publicly states he has no regrets for his violence and only wished he had done more. The overthrow of the capitalist society was the goal of all these men and violence was their method. Today’s radicals condense their rage into college curricula under the guise of “social justice.” The method is more cunning, but the goal no less sinister.

Why would Wheaton College embrace such a philosophy? “…these are people you can learn from because they’re going to teach us Christians that maybe we have some blind spots here, that we’ve been oblivious to certain areas of injustice,” said President Duane Litfin.

Dr. Jillian Lederhouse, chairman of the department of education defended the conceptual framework by saying “we don’t teach our students to be afraid on an ideology as long as we give them a critical perspective. We do not have a list of people we do not read. Our goal is to produce a thinking Christian teacher.” And that is as it should be in an institution of higher learning, except for one thing. Lederhouse went on to admit that the people who were foundational to Wheaton’s conceptual framework were all on the far left.

There is deep concern by Wheaton graduates over the current trajectory at Wheaton. They are lobbying the board and the administration to make the deep changes necessary to pull Wheaton back from academic fads that threaten its future and guide it back to its true foundations, the wisdom of the ages displayed beautifully at the entrance to the campus: “For Christ and His Kingdom.”