Salena Zito
|
Posted: May 04, 2021 12:01 AM
Share   Tweet
The opinions expressed by columnists are their own and do not necessarily represent the views of Townhall.com. 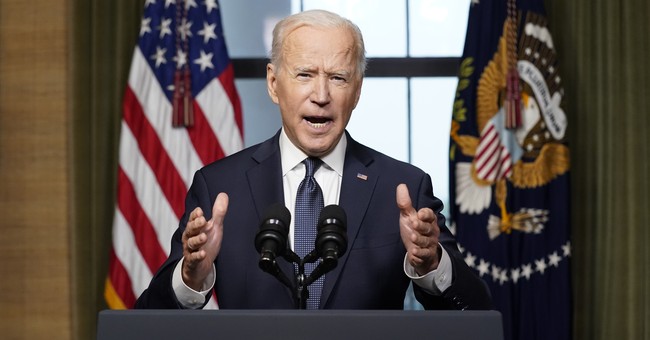 When coal mine employee John Morecraft heard last Monday that United Mine Workers of America President Cecil Roberts approved of President Joe Biden's plan to move the nation's energy industry away from fossil fuels, Morecraft said he anticipated the news would be misconstrued.

"I knew the story would come across as though all coal miners approved of this deal, with no mention of how (un)representative the UMWA is of the coal miner population," said Morecraft, just before going down for his shift at the Bailey Mine here in Greene County.

He is not wrong.

According to the latest energy statistics for the U.S. government, there are 6,758 coal miners working underground in this country today who are members of the UMWA, compared with the 24,820 miners, such as Morecraft, who are not members of the union.

The same goes for the surface-mine workforce, where just over 3,000 are members of the UMWA, compared with the nearly 17,000 who are not.

Once a dominant force that represented virtually everyone working in the entire industry, the UMWA membership today is the smallest portion of the mining workforce.

Had you not really followed the decline of UMWA membership over the decades and were sitting at home watching the news reports and thought, "Oh, wow, the coal miners are now backing Biden's 'climate-justice' infrastructure package; maybe it is not that bad," you were misled.

Morecraft said there's another component of the story many people might miss. When deals like this are struck, or union bosses look the other way when the party they support hurts their jobs, he says it shows how the people who negotiate these deals are entrenched within this administration.

Morecraft does not fit any of the stereotypes of coal miners that our cultural curators in the news, government or Hollywood like to cast. He is a college-educated former history teacher who coached both high school football and basketball until he was laid off from his teaching jobs.

"I was kind of down on my luck, with students and a young family," he said. "Working at the mine was my only way out because there are not too many jobs around here other than coal mining, which is now providing me with a life that I never would have had."

Morecraft says he has been following in detail the proposals in the so-called "infrastructure bill," which presently does include grants or loans to fund carbon capturing. He is not sure if those grants will stay in there: "What I don't understand is why they're not trying to put more money towards carbon-capture sequestration rather than displacing an entire workforce."

Carbon capturing is not embraced by Biden's environmental-justice base. Last year, when the House passed a clean energy package, 18 Democrats, including leftist Reps. Alexandria Ocasio-Cortez, Rashida Tlaib, Ilhan Omar and Ayanna Pressley, all voted against it.

And some of the most influential liberal environmental groups also objected to that bill's plan to capture carbon dioxide from coal- and gas-fired plants. For many of these groups, it was viewed as a bargain that only benefits fossil fuel companies.

"These people on the far left won't even entertain the idea of carbon capture," he said. "They just say, 'No, fossil fuels are bad, and we need to go in a different direction,' even though the technology isn't quite there to even sustain the grid, as was shown in Texas this winter."

In February, in the middle of an unexpected deep freeze, 3 million Texans lost their electricity when the state's generating capacity could not meet the sudden demand caused by the plunging temperatures. Pipes froze and burst; people were left without heat and power for days; and the power grid suffered a wholesale collapse.

Morecraft says he loves his job.

"I am a fire boss, EMT, and I work in our bunker, which is the main hub of the underground. And it is sort of like a desk job, only in a mine, because I have all of these computers, and I am basically in charge of all the tracking of where all the miners go and also the CO sensors that go off."

"More reporters and elected officials should come and take a look at what we do," he added. "It is not at all what they think; there are no picks and shovels. There are just a lot of misconceptions. There is also a lot of presumption that we don't care about the climate, and that always gets me. Do people not understand that we live, drink, fish, raise our families and enjoy the wildlife right in the same place where the mines are located?

In saying so, Morecraft echoes a frustration that energy workers frequently share.

Salena Zito is a staff reporter and columnist for the Washington Examiner. She reaches the Everyman and Everywoman through shoe-leather journalism, traveling from Main Street to the beltway and all places in between.