Small-Business Men Get a Front-Row Seat for Everyday Life

Salena Zito
|
Posted: Aug 27, 2019 12:01 AM
Share   Tweet
The opinions expressed by columnists are their own and do not necessarily represent the views of Townhall.com. 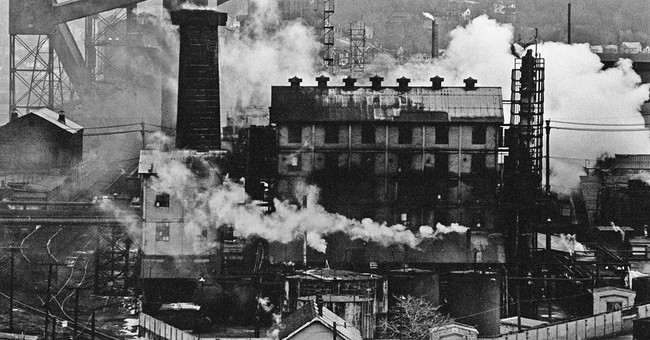 WAUPACA, Wisconsin -- In another lifetime, the Park Motel and Supper Club sat along U.S. Route 10 and enjoyed both local patrons and famished travelers looking for a good homemade meal and a place to rest on this highway connecting Bay City, Michigan, to Fargo, North Dakota (including a 62-mile ferry ride across Lake Michigan).

Over the years, the motel housed the sequestered jurists for the trial of Jennifer Patri, the woman who claimed that horrendous abuse at the hands of her husband led her to shoot him with a rifle, bury his body in the basement of the farmhouse and then set it all on fire.

The motel also housed Weyauwega farmers after a train derailment and allowed vendors to sell custom-made stained glass windows. But mostly, it offered all sorts of families visiting the Midwest an affordable place to spend a night.

And the spacious supper club attached to the motor lodge became a place for locals to take their families or take a date for a special dinner and a night out on the town.

Today, the Park Motel is closed. A fire several years ago caused the Murphys, the current owners, to shutter the lodging part of the business. They kept the supper club, though, and it's now called the Courtside Sports Bar.

And if you are smart, you will be there for dinner every Friday for fish fry. You just have to try really hard to find the bar, now that the bustling highway it once sat along cut their access off when it was widened years ago.

"I know it is difficult. I'm always happy when people can find it," said Karen Murphy. During the day, she is an accountant; at night, she can be found in the kitchen preparing for the fish fry.

"We make our own breading, and we don't pre-bread. We bread to order. We also make our own tartar sauce," she said.

The place is packed, and the crowd is motley. Three bikers and a family with three young children sit at the bar eating dinner. In the back where the salad bar is, a long table is filled with Korean War veterans and their wives, as well as several couples young and old enjoying walleye or trout or bass with sides of coleslaw and mounds of french fries.

Murphy says the highway situation "somewhat" hurts them, but it is the quality of food, the cheery service and the lack of wait time that brings people back. "There's a few places that, you know, you have to wait an hour or two hours to get fish," she says. "You never have to wait at our place. ... We're never really swamped. We get the food out pretty fast."

Murphy, like small-business owners in every corner of the country, said that despite always being tired, she loves the work. She loves the people she meets, the food she makes and the sense of being a draw to her community: "I enjoy going out into the dining room or out to the bar and talking to people 'cause that's, I feel, what brings people back."

This is a common story to hear from small-business men.

"If we don't have it, you don't need it," said Steve Boris of Cataract Mart, about two hours west of Waupaca. He's not wrong. He's got fresh local produce, hardware, groceries, grilling supplies, very popular homemade sandwiches and just about everything you need in a pinch, all neatly stacked inside the compact roadside building.

He's been a small-business owner for 41 years. Before launching this general store 21 years ago, he owned a Kentucky Fried Chicken franchise, a candymaking business and a catering business. It's the general store, though, he says he loves the most: "I love people, love working with people, love talking to people. And general stores are really central to rural areas."

"We're 12 miles from one town and 16 miles from another town, and we're all in the country," he added. "We have a lot of people that need a lot of stuff. We've got everything, groceries, beer. We're the post office. We have hardware."

This glimpse is extraordinary, just because we get a glimpse into these two Wisconsinites' ordinary, daily lives. There was no talk of politics or cultural wokeness either with them or between them and their customers. No one was boycotting them for having found out they had donated to some candidate or demanding they take a stand on some social justice issue.

Sometimes a day in a life of someone else in someplace else reminds us that the forces you thought were ripping us apart haven't. And that at our very core, despite whatever challenges we face in our daily lives, and despite the national daily drumbeat that portrays us as divided over everything, we as a country are doing pretty OK.