From the Rubble of a Church Rises a Spirit of Love

Salena Zito
|
Posted: Mar 19, 2019 12:01 AM
Share   Tweet
The opinions expressed by columnists are their own and do not necessarily represent the views of Townhall.com. 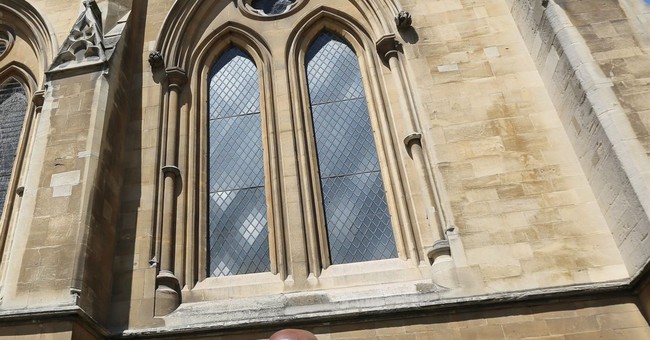 COLUMBUS, Miss. -- At the First Pentecostal Church on Tuscaloosa Road, the last Saturday of February was a day filled with supposed-to-be's.

Little Jereson McCool was supposed to be at the church hall surrounded by 60 members of his family and community to celebrate his fifth birthday, but his grandma's train from South Carolina was running five hours late. His mom, Misty, made the call from the train station to the church's Pastor Steve Blaylock to see whether they could move it to the next day.

Tom and Betty Lindsay, an elderly couple who live by the river, were supposed to hole up in a residence located in the church because of pending flooding, but Betty's sister insisted instead that they stay at her home 20 miles away.

The mother-daughter cleaning crew that was supposed to be cleaning the sanctuary of the church for the big baptismal service that was planned for the next day decided at the last minute to just go do it early in the morning.

These last-minute changes to plans proved to be lifesavers. A tornado -- one of nine that ravaged parts of Alabama, Georgia and here in Mississippi -- destroyed the very church building they would have been in, ripping off the roof and collapsing the walls. A few untouched pews remained as a reminder that a house of God once stood there.

"Even in the midst of all that destruction, there was so many miracles, things that just are unexplainable that happened, that only God could cause," said Blaylock.

The pastor's voice cracked as he considered the lives that would have been lost. When he drove up the road and saw the structural devastation of his church, he felt profound gratitude that none of those people who were supposed to be there were there.

The violent tornado leveled 300 homes, closed down the local school and cost one person her life. It also brought the community and strangers together the next morning to begin rebuilding the structure and renewing faith.

"As we were trying Saturday evening to get anything out of the Sanctuary that we could recover, we started talking about what are we gonna do about church tomorrow," Blaylock said. "So I started asking you know, maybe we oughta wait until another Sunday to do our Baptismal service rather than the next day. One particular man, Blake Brown, told us that if there's any way possible, I still wanna get baptized. He was new to our church, and boy, that just excited me and everybody else. We're like, we'll make it happen. We'll make it happen, if we have to go to the river or whatever we do, we'll make it happen."

So they did. The miraculous thing was that people came. People came from their church, and locals who didn't belong to the church came. Strangers who just happened to hear about what happened came.

"Obviously, we have been a greater light in our community than what we realize," Blaylock said.

First Pentecostal, unlike some Southern Pentecostal churches, is not divided by race. Both blacks and whites practice in a town whose population is 63 percent black and 35 percent white.

It is also a Democrat town in a Republican state.

"There are so many forces in our world that divide people," Blaylock said. "But to see the community in our area, we are a mixed community. We have Hispanics, we have Native Americans, we have blacks, we have white, we have mixes of all kinds. But everybody, everybody was out helping each other."

He added, "Nobody asked what political party that you supported while we were out there Saturday night and Sunday. Nobody cared who was beside them, they were just thankful that they were there, and that they were helping, and they expressed love."

That Sunday morning, the day after the tornado hit, a total of nine people were baptized in an outdoor service using a borrowed baptism tank. Two hundred attendees sat in folding chairs surrounded by jagged lumber. Two hundred people showed up to dig them out so they could have their service.

Even the local Lowe's showed up with a flatbed, bottles of water and dozens of work gloves to lend a hand.

Blacklock said, "Our motto before the storm was, 'Loving God and Loving People.' And now our motto is, 'To Rebuild Bigger and Stronger Together.' Might not be bad a motto for the whole country."