The Keystone State Holds the Key to Congressional Control

Salena Zito
|
Posted: Apr 10, 2018 12:01 AM
Share   Tweet
The opinions expressed by columnists are their own and do not necessarily represent the views of Townhall.com. 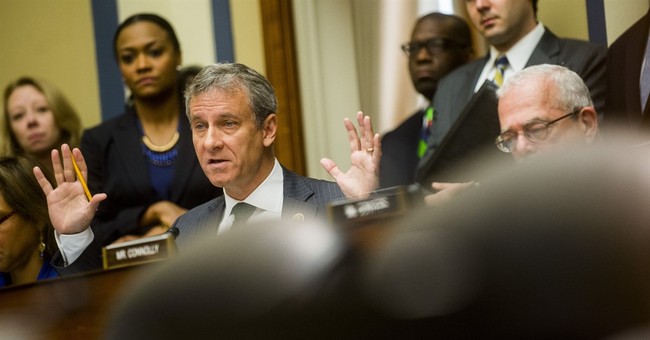 MT. LEBANON, Pa. -- On a steep tree-lined street just off U.S. Route 19, a modest red-brick home has an old sign in the front yard that seems to be from a lifetime ago.

"Where's Tim Murphy?" the sign asks. Murphy was the Republican congressman for this area until October, when he resigned in disgrace, spurring a special election in which his once-reliable Republican House seat fell into the hands of a young moderate Democrat named Conor Lamb.

The sign is a relic not only because Murphy is gone but also because his congressional seat is history. The Democrat-controlled Pennsylvania Supreme Court decided to get involved in politics, you see, and redrew the state's congressional district to suit the Democratic Party.

The court's actions have made an election that's already challenging for Republicans and the GOP control of the U.S. House even tougher. No longer does the Keystone State provide a reliable 13 GOP seats out of 18 total.

What happens here may be the tipping point in congressional control.

"Before the remap, both (Rep. Patrick) Meehan and (Rep. Ryan) Costello probably were about 50-50 or even a little better to win," electoral expert Kyle Kondik said. "But after the remap they found themselves in deep trouble and both opted to retire."

In truth, Meehan may have retired because of the incredibly awkward and embarrassing story that emerged out of his settlement of a sexual harassment lawsuit.

Kondik said that based on their ratings, the pair of Republican-held seats should be the easiest Democratic House pickup in the whole country. Democrats have about a 50-50 chance against Rep. Keith Rothfus from Southwestern Pennsylvania and Rep. Brian Fitzpatrick from the Philadelphia suburbs, and with an open seat outside of Philly. Republicans should effectively retake the new 14th District in Southwestern Pennsylvania, which contains a lot of the old 18th District that Lamb won last month.

Republicans held a 13-5 majority in Pennsylvania's congressional delegation after the November 2016 election. The best-case scenario for them now is losing two seats (including the loss to Lamb) and holding on to an 11-7 majority in the delegation. It's more likely Democrats will get to at least eight seats. That means holding all of their current seats (except for the new 14th Congressional District, which Lamb is leaving behind because it is very Republican and he lives in the 17th), winning Pennsylvania's 5th and 6th Districts, and then winning at least one of the other toss-ups noted above: the 17th, 7th or 1st Districts.

Realistically, Democrats might be able to do even better than that and net four or more seats.

"So maybe we should judge Democrats by whether they can get to parity in the delegation, netting four seats," which would make the delegation 9-9, Kondik said. "Democrats may also be able to compete for the new PA-10, held by Rep. Scott Perry (R), although that's more of a reach, as is PA-16, held by Republican Mike Kelly in the now more Erie based district."

If Democrats flip either seat, it likely would be part of a huge national wave that would deliver significantly more than just the 24-seat net gain they need for a slim majority.

And there is a decent chance Republicans may be able to push out Democratic Rep. Matt Cartwright of Pennsylvania's 8th District, which Trump won.

Kondik hesitates to say that Pennsylvania will tell the tale of the 2018 election: "That's only because it's unique among the states in that it will have a new district map this fall. That said, Democrats have to net at least some seats from Pennsylvania this cycle to put together a majority -- look to see whether they can get to at least eight seats total from the state."

One thing is for certain: The race for the 17th Congressional District that pits two sitting members against each other (Rothfus and Lamb) will be one of the marquee races in the country, bringing the nation's eyes once again to this corner of the state.