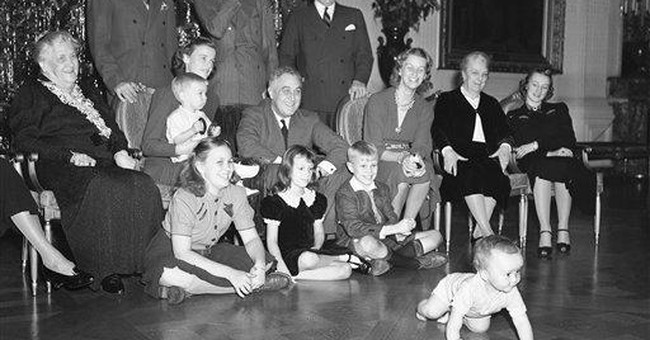 Women have had an impact in the voting booth since Lydia Taft cast a ballot in Uxbridge, Mass., on whether the town should spend money on troops in the French and Indian War.

The year was 1756. Taft was allowed to vote on her dead husband’s behalf because of the considerable wealth and land she inherited from him.

Women certainly have made strides since then, says Dr. Lara Brown, a political scientist at Villanova University. “But I think it is important to remember that we've had 55 presidential elections and we've only ever had men as the major party presidential nominees.”

Over 91 years, women's connection to political parties has been varied.

Early on, they tended to identify with Republicans, who were established in northern and western states and, through the GOP’s progressive wing, promoted abolition, temperance and women's suffrage.

Under President Franklin Roosevelt and his highly visible wife, Eleanor, women – like much of the country – began to identify with Democrats.

During World War II, women entered the workplace and became the backbone of the war effort. After the war, women again realized their collective desire to participate in politics.

The second wave of the women's movement, in the 1960s, raised awareness about the challenges women face at home, in the workplace and in politics.

When men abandoned the Democrats in favor of Ronald Reagan's conservative ideology, the gender gap was born. The notion that political women were liberal was reinforced by Ferraro’s candidacy in 1984 and by 1992’s “Year of the Woman” election, when four women – all Democrats – were elected to the U.S. Senate.

Over the past decade, politics has become more complicated.

President Bill Clinton ended the last century with a high-profile extramarital affair; many women questioned his wife’s judgment for staying with him.

Clinton’s successor, George W. Bush, seemed to have tremendous respect for not only his mother, Barbara, and his wife, Laura, but also for political aides such as Karen Hughes and Condi Rice.

When Bush in 2004 nearly split the women's vote (48 percent to 51 percent – and women made up 54 percent of the electorate that year), Brown says, it became clear that women vote not only on women's issues but on security issues.

Although Democrats recovered with women in 2006 and 2008, a closer look suggests that women in those years simply followed the same political trends as other groups – namely, men and independents, who moved away from Republicans in both elections.

“Looking around at the larger numbers of conservative candidates in both 2010 and 2012, there can be no doubt that Palin's vice-presidential nomination energized women, who had not felt they had much voice prior to her candidacy,” said Brown.

The 2010 midterm election, which sent House Democrats packing, suggests women are nearly as concerned as men about the nation’s financial situation.

President Barack Obama won women voters by 13 percent over John McCain in 2008; his policies were rejected soundly two years later, when the female vote was back to 2004 numbers.

“In short, women are up for grabs for both parties, and this is as it should be,” said Brown. “When you make up over 50 percent of the electorate, it seems foolish to think that they would all hold the same opinions and vote in the same way.”

After all, no one believes Keith Olbermann and Rush Limbaugh think alike because they are white men.

A special-election House race in Western New York this Tuesday is receiving much media attention. The frenzy is not because the race is between two qualified women, Republican Jane Corwin and Democrat Kathy Hochul; this is the first House election since Republicans took over the House, and many in the media are looking to write about an upset in a conservative district.

Refreshingly, it all has nothing to do with bad pantsuits or one of them looking too pretty.