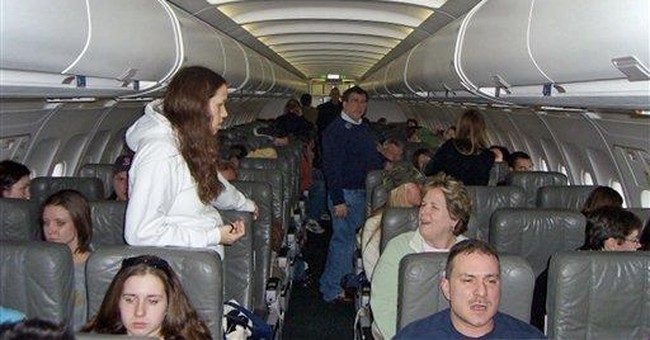 A congressman who oversees American intelligence operations, a former CIA operative and a current U.S. intelligence official agree that Christmas Day's aborted attack on a U.S. airliner proves that the nation's anti-terrorism efforts are flawed.

"Clearly, the system did not work," U.S. Rep. Pete Hoekstra, R-Mich., told the Tribune-Review on Monday. Hoekstra is the ranking Republican on the House Intelligence Committee.

"Success is not a person on a plane with a explosive," he said. "That is a failure. The system designed and put in place failed."

Baer said the president "can scream and yell and order all of the investigations he wants. But there is this huge, vast bureaucracy gridlock in Washington that absolutely refuses to move, which is why this happened in the first place."

Baer referred to reports that Umar Farouk Abdulmutallab, the Nigerian accused of trying to ignite an explosive device on a flight from Amsterdam to Detroit, was granted a multiple-entry travel visa to the United States - even though his father, a prominent Nigerian banker, had warned U.S. Embassy officials in Nigeria that his son might be a security threat.

A senior U.S. intelligence officer, speaking to the Trib on condition of anonymity, said the information given to U.S. officials by the suspect's father "was extremely thin."

Even so, he acknowledged that the nation's system of monitoring suspects such as Abdulmutallab and other threats is troubled.

Adulmuttallab's name was one of about 550,000 on a terrorist watch-list maintained by the National Counter-terrorism Center. Those listed on the database should be subjected to secondary airport screening.

The U.S. intelligence official said authorities are re-evaluating procedures regarding such lists.

"You have hundreds of suspected terrorism reports that come in every day with a wide range of information," he told the Trib. "Which one gets the highest rank in importance and attention depends on the credibility of the source and how can you corroborate it."

"If they (terrorists) were more competent, then we would have lost a lot more airplanes," he said. "We're lucky that they are incompetent."

Baer said that a bomb can be hidden in an object as small as an Apple iPod and the chances of detecting it are slim to none - making an accurate, instantly searchable database of suspects all the more crucial.

He said he cannot understand why a sharable, searchable database - similar to Google's internet search engine - is not maintained by the U.S. intelligence community.

The American intelligence official insisted such a system is not so simple: "There are different spellings for names, plus some of the information is classified and cannot be put on the list."

Replied Baer: "You can search voting records or property lists on the Internet much quicker than the FBI can find out if someone is a bad guy on their own lists."

Rep. Hoekstra said that if aviation-security officials followed the rule book, then "clearly we need to rewrite this rule book, so that our law enforcement has a little more latitude as this threat adapts to our security measures and becomes more complex."

Hoekstra said that politics inevitably will arise in any debate over increased security restrictions. "That is why I am so frustrated, because the (Obama) administration is not briefing Congress, all of Congress.

"This is a moment that Republicans and Democrats can be unified on keeping Americans safe. At least on this we can speak with one voice."