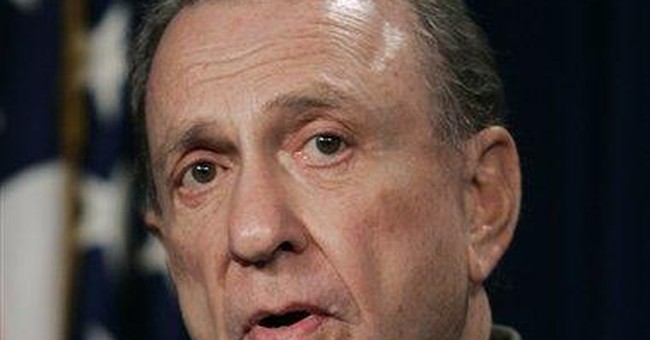 As each day passes, more Republicans say they’ll run against U.S. Senator Arlen Specter in next spring’s Pennsylvania GOP primary – making it ever less likely that Specter’s political obituary will be written.

At least not next spring; we’ll get to his general-election problems in just a bit.

A couple weeks ago, the buzz was that Specter’s run for a sixth term was out of reach: He was one of three Republican senators who gave the Democrat-controlled Congress and the Obama administration the votes to pass a near-$1 trillion stimulus bill.

Almost instantly, supply-sider Pat Toomey dropped his plan to run for governor and turned back to a re-match with Specter, who he very nearly upset in 2004. With “tea parties” sprouting across the state over congressional spending, with a union-friendly “card-check” vote looming in the Senate, Toomey seemed destined to crush Specter.

“The more, the merrier – that is, if you are Arlen Specter,” said Pennsylvania political pollster G. Terry Madonna. “Specter can only hope for a crowded primary. With possibly four running to the right of him, he comes up the winner.”

Turnout also helps Specter. His 2004 primary battle with Toomey had a larger-than-normal turnout, which staved off Toomey’s surge.

Oddly, Pennsylvania’s famed “T” (the 30 conservative, rural counties across the top and down the center of the state) voted for Specter over Toomey back then. Contrary to conservative legend, Specter did not earn that vote because President Bush and Pennsylvania’s other GOP senator, Rick Santorum, campaigned for him; he won there because he reminded voters of the results he’d brought them over the years.

Unions could affect turn-out. Yes, that’s right – union members voting Republican in a primary. State AFL-CIO president Billy George is committed to converting union Democrats and family members into short-term Republicans to guarantee a Specter win – all because of card-check.

Singer thinks Specter’s problem is not looking at card-check on its merits but evaluating it through a political lens, to gauge its impact on his campaign and “trying to be all things to all people.”

If the still-undeclared Toomey campaign can get Luksik out (which appears unlikely) and expand turnout in central Pennsylvania, Toomey can move from his 2004 primary vote tally of 47 percent to 51 percent. But those are no small tasks.

If the math goes in Specter’s favor, what about the general election?

A very ambitious state representative, Josh Shapiro, is on the verge of challenging him. A Montgomery County Democrat mega-star, he has all the hallmarks that Specter typically tries to run on: pragmatism, smarts, aggression.

A lot of Democrats respect Specter’s service, but elections are almost always about tomorrow. And the state’s 1.2 million new Democrats have no history of voting for Specter.

Shapiro would have to give up his seat – and his meteoric rise in state house leadership – to run. Why take that political risk?

While Shapiro has little name recognition beyond the Southeast, Singer says his reputation as a reformer with fresh ideas and energy will work in his favor.

And Dan Fee, Gov. Ed Rendell's former campaign spokesman, believes geographical identification won’t matter in the 2010 general election. “There has been such a population shift benefiting the Southeast, where Shapiro is widely known and respected, the sheer numbers alone outweigh everything west of Philly and her collar counties.”

Adds Ceisler, who thinks the country is at risk if either party wins 60 Senate seats: “For the GOP to put what would be a relatively safe seat in jeopardy is beyond me.”