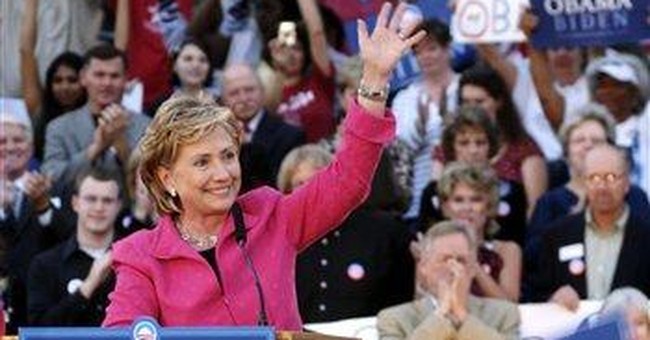 Most Americans wake every morning to news that Barack Obama will win next month’s presidential election. Strategists even say the word “landslide” aloud.

Every poll shows it, every pundit echoes it, and every analyst predicts it – therefore it must be true, right?

Let’s take this political axiom to some of those who do the predicting, to project what America will look like under an Obama administration, governing with a Democratic congressional majority led by House Speaker Nancy Pelosi and Senate Majority Leader Harry Reid.

“First of all, let’s dismiss any talk of socialism,” says Democrat strategist Bob Beckel, who worked in Jimmy Carter’s White House with a Democrat-controlled Congress. “The idea that Barack Obama is going to bring socialism to this country is just crazy.”

Beckel says that, in government and politics, the policy pendulum always swings back and forth and, particularly in this economic crisis, “people will want – and Obama will deliver – more government involvement.”

“They feel more comfortable with that than they do with a bunch of people on Wall Street,” he says.

Beckel sees an Obama appointment of Hillary Clinton to the Supreme Court bench as soon as an opening occurs, and he dismisses the massive move towards industry regulations that some people predict.

One insider, who refuses to predict on the record, says privately that Obama will quickly announce his appointments to the cabinet positions of state, defense, treasury and attorney general. He believes Obama’s cabinet is shaping up to look like this: retiring U.S. Sen. Chuck Hagel, R-Neb., as defense secretary; Massachusetts Gov. Deval Patrick as attorney general; New York Mayor Michael Bloomberg, a political independent, at treasury; Susan Rice as national security advisor; Sen. John Kerry, D-Mass., as secretary of state.

Mark Siegel, a former Democratic National Committee executive director, says Obama will want to make it immediately clear to America and to the world that “there's a new sheriff in town." He expects Obama to make that point dramatically by issuing several executive orders.

Siegel says you will see Obama immediately suspend all pending judicial nominations, close Guantanamo, then reassure the world that he will never permit torture.

Also look for a doubling of the Peace Corps, a brand-new Volunteer Youth Network, an expansion of U.S. assistance for “Teach for America," and a reduction of interest rates on student loans, Siegel predicts.

Darling predicts Obama’s tax policy will have an immediate effect on small businesses and result in many individuals seeing their marginal tax rate double. Any Supreme Court retirements would dramatically change the direction of American jurisprudence. And he warns that the push for new regulations is the wrong reaction to problems on Wall Street.

“We need more capitalism, not less. Telecommunications has thrived without regulations, and our economy should make sure that politicians in Washington do not try to regulate and tax our way out of the current economic downturn.”

University of Arkansas political scientist Bob Maranto says the Illinois senator is a pragmatist tactically: “Obama knows that if you try to impose things like racial quotas and gay marriage, that would not be a vote-winner. But if you appoint federal judges who impose those policies, you can evade responsibility.”

Maranto suspects those are the judges Obama would appoint.

He warns that Obama is no fool. “Socialism is dead, and Barack Obama knows it,” he explains. “He would, however, favor a very strong government hand in regulating the economy, both because he believes that government knows best and because that means more subsidies and jobs to hand out to supporters, and more votes and PAC contributions to get in return.”

All four men agree that if Obama becomes president with Congress sharing his beliefs, then “change” is definite – but not infinite.

The degree of success or enforcement, they say, depends on how far the press and the next mid-term election will allow the new president and Congress to go.