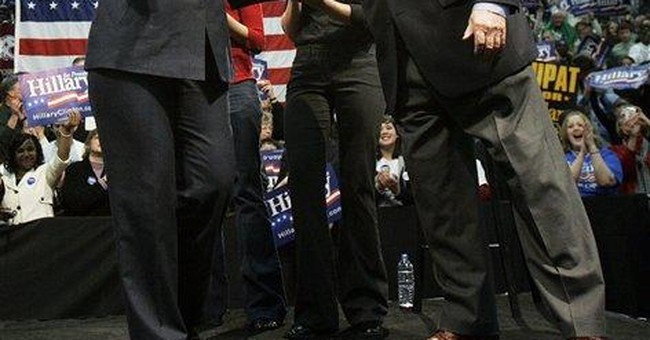 Rep. Jason Altmire figured 2008 was going to be a tough year. After all, it is the first time he will have to defend the congressional seat he won in the 2006 midterm elections.

Altmire, a Democrat, took out Republican Melissa Hart in what was considered a “safe” House seat, and he faces a rematch this fall.

Yet he has another issue weighing on his mind right now -- his role as a Democratic National Convention superdelegate from Pennsylvania, a commonwealth that has become the center of the universe for the Democratic Party and its primary season.

“It is pretty regrettable that the race may come down to a decision by superdelegates,” says Altmire, who has yet to come out in support of Barack Obama or Hillary Clinton. “And it’s a tough call. Both candidates are extremely exciting and, in their own ways, perfect for the party. I can see an argument for supporting either one.”

How tough is it?

“Very,” answers Mark Siegel, a former executive director of the Democratic National Committee who helped to devise the political algebra now baffling everyone. “In a lot of ways, superdelegates are creating the position that has never had to play a deciding role in the nomination process.”

"Ex officios" (that’s the correct title; "superdelegate" is a media creation) want to do the right thing. The question is, the right thing for whom -- for their constituents, who have voted in a primary or caucus for a candidate, or for ex officios themselves?

Siegel says ex officios may need a political psychologist after this is all over: “Someone like Altmire has to think about where his constituents may vote, his own political future and the governor that helped get him elected.”

Altmire says he will decide whom to support before the Keystone State’s April 22 primary; he’s just not there yet.

“I am leaning one way,” he says, without revealing which way. “But I will say this: My decision will not come out of a phone call from either candidate. It will come from my constituents. I do not represent just Democrats in my district; I have to think of who would be best for everyone.”

Ex officios, in their purest sense, are trusted by people to use their judgment to do the right thing. But is that right thing empirical?

“It may come down to gut instinct about who will be the president or the best commander in chief,” Siegel says.

What if an ex officio concludes he must change his mind?

“John Lewis was in this position, and he said it was harder than marching in Selma,” notes Siegel. Lewis is the Alabama congressman, ex officio and civil-rights leader who switched from Clinton to Obama.

Siegel sees good reasons for ex-officio delegates to exist. “The party still needs wiggle room to stop from going off a cliff. It is terribly important to involve elected and party officials, who will be carrying the fall campaign on their shoulders, in the decision on who the candidate will be.

“It's easy to demonize the concept of superdelegate,” he adds. “The defense of this rule is more sophisticated, but it doesn't make it less correct.”

The Democrats’ history-making campaign will be viewed by the process that resolves it and the strength of the party going out of the convention. If one candidate appears to have been robbed -- causing a bloody convention, a weakened party and a loss in the general election -- then history will blame the rules that allowed for it.

History will only be much kinder and gentler if the party manages a fair, rational resolution based on popular mandate, on candidate electability, and on a defensible resolution of the Florida and Michigan primary problems.

As for Altmire, he says he hasn’t considered seeing a political therapist -- “at least not yet.”