Ryan Bomberger
|
Posted: Jun 12, 2018 9:42 AM
Share   Tweet
The opinions expressed by columnists are their own and do not necessarily represent the views of Townhall.com. 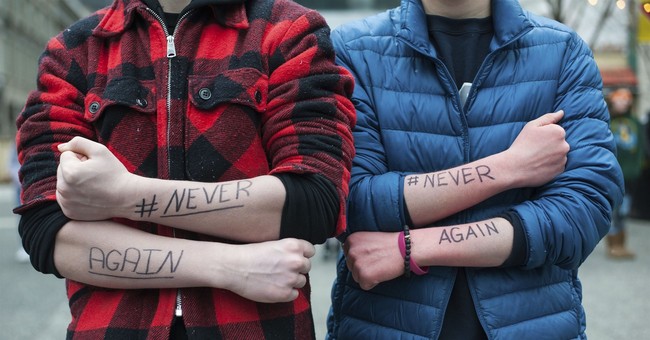 This past weekend the Western Conservative Summit (WSC) held a powerful conference exploring and extolling ways of fortifying freedom. I was invited to speak to hundreds of youth at Colorado Christian University and had an amazing time navigating through some of today’s toughest social issues. I encouraged students to be factivists, not activists. I also keynoted at the main conference and was honored to receive a standing ovation when I shared my story of being conceived in rape, yet adopted and loved.

But sometimes we don’t have a captive audience willing to listen to what we have to say. Trust me. I know from many personal experiences as a public speaker. I’ll never forget a lecture at Harvard where I “debated” with a professor who knew nothing about the topic being discussed (abortion’s disproportionate impact in the black community). Student activists in the auditorium were proud that they would rather curse than converse. Too often, hostility and venom convince some that their cause and their tactics are unassailable.

Then, there are times, when reason breaks through as clarity and civility prevail.

That happened right outside of the Colorado Convention Center in Denver where the WCS was being held. Throngs of demonstrators gathered to protest the Summit and some of the keynote speakers. They were marching against the NRA, school shootings, President Trump, and some GOP legislators.

It seemed it was going to be just another one-sided exercise of free speech. Don’t get me wrong, I’m a staunch defender of the First Amendment and people being able to express their singular point of view (especially after being sued by the NAACP for simply parodying their name). But something even better happened.

Conference attendees came out to peacefully engage the protesters. Charlie Kirk, Candace Owens and a group of Turning Point USA student leaders appeared on the scene…and everything changed. Candace and Charlie immediately, and calmly, engaged the young man in charge of the demonstration. Tay Anderson, President of #NeverAgain Colorado, was welcoming. He and Turning Point USA are definitely on opposite sides of the political spectrum on gun issues. But they talked. They listened to each other. Candace and Charlie praised him for engaging with them in such civil dialogue.

Some of the marchers tried to shout down their conversation. I watched in amazement as I witnessed a rare act of courage and leadership during protests like this. Tay challenged the marchers to engage in conversations instead of shouting chants. He invited people to listen, to watch, to hear what the other side has to say. I was so impressed by Tay’s calm confidence. I may not agree with him on Second Amendment issues, the roots and remedies of school shootings and police brutality, but we can agree on the most important thing. We’re all just human, and we need to connect.

The gun protest immediately transformed into civil group discussions all along the marching route. It was a beautiful thing. People began to see each other as fellow human beings instead of abstract objects of opposition. “Dialogue is what keeps democracy going,” one of the protesters exclaimed. And the dialogue was civil and powerful and personal.

At one point, one of the more vocal protesters asked me about my shirt, which declared “Life Has Purpose” with an outline image of a child in utero in the ‘O’. She shared her heartbreaking story of being raped multiple times and how painful it was that she was called a ‘murderer’ when she left the abortion facility. (I turned off the camera at that point out of respect for her privacy). I told her although abortion kills an innocent human life and is violence against both mother and child, it’s not my approach to call her a ‘murderer’. I asked her if she had received counseling. I told her she deserves healing, which can’t come from abortion. She cried as she described how she felt punished by rape and condemned for her actions. I explained that I am the other side of the story. I’m not the rapist’s child and that I prayed that my life could be proof that something beautiful can still arise from the horror and violence of rape. I told her she is precious and expressed hope that her abuse has ended. She said she went to Planned Parenthood for an abortion, but her assaults were never reported. (See LiveAction's incredible docuseries on how Planned Parenthood repeatedly fails to report rape and aids abusers). I explained that Planned Parenthood refuses to protect young women like her when they fail to report rape, ensuring that the rapist never gets punished. She agreed. I talked about how rape is always exploited to justify all other abortions. She agreed. I showed her compassion, listened to her story, and wasn’t willing to dismiss her with a mantra or label. She felt like someone cared enough to listen and thanked me for being willing to talk.

I was moved by those moments outside that convention center. I was reminded that, as passionately as we fight for what is right, we can never stop being willing to listen to others’ stories, others’ hurts, others’ motivations. Those experiences don’t change truths that are immutable, but they can change the way we view others with whom we adamantly disagree. Sometimes speaking the truth in love also requires truly listening with love.