Russell Smith
|
Posted: Sep 24, 2022 12:01 AM
Share   Tweet
The opinions expressed by columnists are their own and do not necessarily represent the views of Townhall.com. 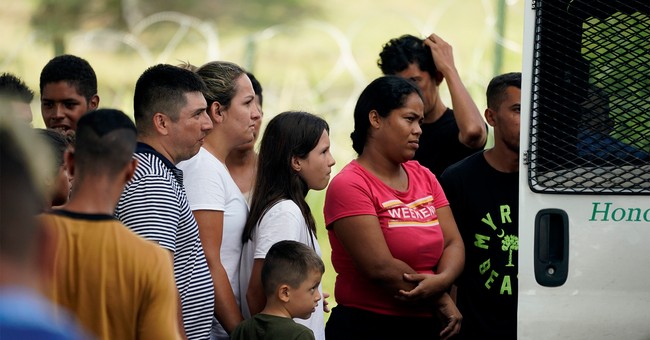 For every action, there is an equal and opposite reaction. Mr. Biden opened the border to Mexico. Reaction: 2 million people illegally entered the United States through our southern border, and the number increases daily.

Action: Democrats Abandoned working-class voters of all races in favor of the uber-rich. Action: Trump-aligned Republicans returned to the policies of hard work, education, not indoctrination, manufacturing as the foundation of a strong economy, and robust small business entrepreneurship. Reaction: Hispanic voters swung to the Republican party. According to an April 2022 survey by Trafalgar Group, 65.2% of Hispanics believe the southern border should be closed.

From 2017 to 2021, the Trump administration's policy regarding our border with Mexico was to enforce laws and secure the southern border by building a wall and requiring those seeking asylum to remain in Mexico until granted asylum. Squishy, fake, RINO inside-the-beltway Republicans and Democrats opposed funding the wall, and Trump took money from the Department of Defense to build it. House Democrats took him to Federal Court to stop him and failed.

Residents and leaders in Democrat-run, "blue cities" opposed Trump's border policies. Action: In response to Trump, many declared themselves a "Sanctuary." Places like Chicago, Los Angeles, New York City, Sacramento, San Francisco, and smaller municipalities like Martha's Vineyard seemed to declare, If you enter the United States illegally, you are welcome in their city. If you come to their city, they offer you food, shelter, clothing, healthcare, employment, and education for your children. New York City allowed people who entered the country illegally to vote in local elections, making them stakeholders in city functions until the New York Supreme Court declared it unconstitutional for non-citizens to vote.

Blue city leaders and residents were particularly appalled that when enforcing existing immigration laws at the border, children were separated from the adults with whom they crossed the border until it was confirmed that the adults were their parents or guardians. So, the blue city leaders and residents, whether by accident or design, sent the message to those entering the country illegally, "If you come to us, you will be safe. You will not live in fear. Just as law enforcement is not allowed to enter a church, synagogue, or mosque, we will not allow law enforcement to enter your life. Sanctuary city law enforcement will not be allowed to ask about your immigration status, and we will not cooperate with Federal authorities such as ICE. Come to us, and you will not be deported."

Now that people who entered the United States illegally are being transported to the sanctuaries, blue city leaders and residents are panicking that their infrastructure and resources are about to be depleted. When blue city leaders and residents declared themselves sanctuaries, they failed to forecast requirements and form a detailed plan so they could execute their sanctuary policies. It turns out they are no more prepared for the influx of people who entered the United States illegally than the municipalities where the Biden Administration has been surreptitiously dropping off the same people with the exact needs. Despite denials by the Biden administration and their media accomplices, video evidence confirmed the flights.

It is almost as if their declarations of "sanctuary" were empty gestures designed to rally the far left base and provide a mechanism for painting those who supported enforcing immigration laws as racists. It is as if they never wanted to accept people who entered the United States illegally into their cities or spend the necessary taxpayer funds to provide them with taxpayer-funded food, shelter, healthcare, and education. It is almost as if they did not mean it.

Russell Smith is a retired U.S. Army Infantry Lieutenant Colonel and former Marine. He served in Iraq and received a Purple Heart Medal. After the Army, Smith earned his Master’s Degree in Education Administration and spent 13 years in Oklahoma public schools. He is a certified secondary principal.