Ron Paul
|
Posted: Jun 14, 2016 10:36 AM
Share   Tweet
The opinions expressed by columnists are their own and do not necessarily represent the views of Townhall.com. 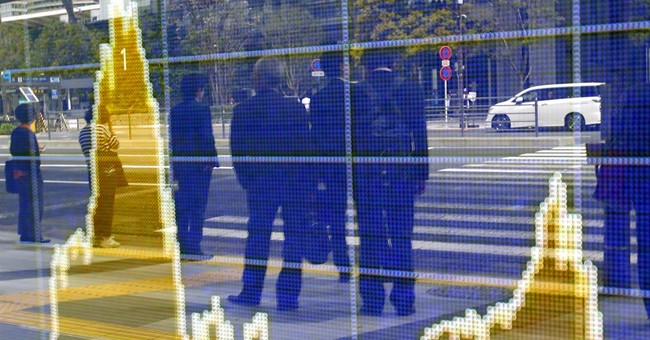 If neoconservatives and progressives truly understood fascism, they would stop using the word as a smear term. That is because both groups, along with most political figures and commentators, embrace fascist ideas and policies.

Fascism's distinguishing characteristic is a "mixed economy." Unlike socialists and communists who seek to abolish private business, fascists are content to let business remain in private hands. Instead, fascists use regulations, mandates, and taxes to control business and run (and ruin) the economy. A fascist system, then, is one where private businesses serve politicians and bureaucrats instead of consumers. Does the modern American economy not fit the definition of fascism?

Fascism benefits big businesses that can afford the cost of complying with government regulations, unlike their smaller competitors. Big businesses, which have more political influence then entrepreneurs or small businesses, also significantly benefit from government subsidies. In order to maintain their power, big businesses finance the "deep state" - the network of lobbyists, journalists, think tanks, bureaucrats, and congressional staffers who work behind the scenes to shape government policy.

Obamacare is an example of fascism that is often mislabeled as socialism. Obamacare did not create a government-run "single payer" system as would exist under socialism. Instead, Obamacare extended government control over health care via mandates, regulations, and subsidies. The most infamous part of Obamacare - the individual mandate - forces individuals to purchase a product from a private industry.
CARTOONS | Tom Stiglich
View Cartoon

Modern America's militaristic foreign policy aimed at policing and perfecting the world is another example of fascism that enjoys strong bipartisan support. Both right-wing neocons and left-wing humanitarian interventionists claim our supposedly noble goals justify any and all actions taken by the US government. Thus, these supposed human rights champions defend preemptive war, torture, and presidential kill lists.

Many politicians supporting a militaristic foreign policy are more concerned with spreading largesse to the military-industrial complex than with spreading democracy. This is why some supposed free-market conservatives sound like Paul Krugman on steroids when discussing the economic benefits of military spending. Similarly, some anti-war progressives will support large military budgets if some of the money is spent in their states or congressional districts.

Mass surveillance and limits on personal freedom are additional hallmarks of fascist regimes. While there is a movement to "reform" the police state, few want to abolish mass surveillance, civil asset forfeiture, police militarization, and other police-state policies adopted in the name of the wars on terror and drugs. The federal government has even used force to stop people from selling raw milk! Attempts by progressives to silence political opponents are more examples of how many supposedly anti-fascist Americans are embracing fascist policies.

The growth of the welfare-warfare state has been accompanied by an increase in presidential power. This centralization of power, and the support it receives from the political class, is one more indication of the fascistic nature of our current regime. Of course, many in Congress will fight to rein in the executive branch, as long as the occupant of the White House is of the opposing party. Even the fiercest opponents of excessive presidential power instantaneously become lap dogs when their party wins the White House.

For all their alleged anti-fascism, today's neoconned conservatives and progressives both support the use of force to reshape society and the world. This is the defining characteristic not just of fascists, but also of authoritarians. The true anti-fascists are those who reject the initiation of force. The true path to real free markets, peace, and individual liberty starts with rejecting the bipartisan authoritarianism in favor of the non-aggression principle.
Attacks on Crisis Pregnancy Center Becomes Personal in Virginia Statewide Race
Rebecca Downs
ESPN Reporter Leaving Company Over COVID-19 Vaccine Mandate
Landon Mion
Gaffe-Prone Joe Biden Has Done A Stunningly Low Amount of Interviews During His Time in Office
Rebecca Downs
Joe Manchin Makes Clear Another Stipulation for Key Biden Agenda Item