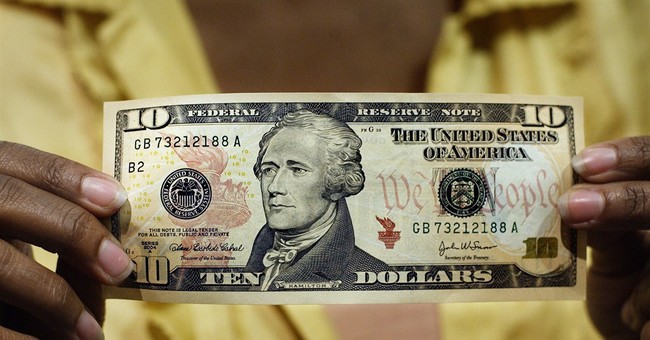 Cutting up its credit card is the only way to make Congress reduce spending. Anyone who doubts this should listen to the bipartisan whining over how sequestration has so drastically reduced spending that there is literally nothing left to cut. But, according to the Heritage Foundation, sequestration has only reduced spending from $3.6 trillion to $3.5 trillion. Only in D.C. would a less than one percent spending reduction be considered a draconian cut.

Defense hawks have found a way around sequestration by shoving billions of dollars into the Overseas Contingency Operations (OCO) account. OCO spending is classified as "emergency" spending so it does not count against the spending limits, even when OCO is used for items that do not fit any reasonable definition of emergency.

Yet, even using OCO to boost military spending by as much as $80 billion does not satisfy the military-industrial complex's ravenous appetite for taxpayer dollars.

During the majority of my time in Congress, debt ceiling increases were routinely approved. In fact, congressional rules once allowed the House of Representatives to increase the debt ceiling without a vote or even a debate! Congress' need to appear to respond to growing concerns over federal spending has forced it to end the practice of rubber-stamping debt ceiling increases.

Continuously increasing spending will lead to rising inflation as the Federal Reserve tries to monetize the ever-increasing debt. This will eventually lead to a serious economic crisis. When the crisis occurs, Congress will have no choice but to cut spending. The question is not if, but when and under what circumstances, spending will be cut.

The only alternative for cutting spending in response to economic crisis involves Congress gradually unwinding the welfare state in a manner that does not harm those dependent on federal programs. Congress will not even consider doing this until enough people have embraced the ideas of liberty to force the politicians to reconsider the proper role of government.

Those who accept the premises of the welfare statists are incapable of making principled arguments against welfare and entitlement programs. Thus, they can only quibble over spending levels or how to more efficiently manage the federal bureaucracy. While fiscal conservatives may gain some minor victories with this approach, their failure to challenge the welfare state's morality or effectiveness dooms any effort to seriously curtail welfare state spending.

Similarly, one cannot favor both serious reductions in the military budget and an aggressive foreign policy. So-called cheap hawks may achieve some reforms in the Pentagon's budget. They many even succeed in killing a few wasteful weapons projects. However, their unwillingness to oppose a foreign policy of perpetual war means they will always cave in to the war hawks' demands for ever-higher military budgets.

Those who understand the dangers from continuing on our current path should support efforts to stop Congress from raising the debt ceiling. However, supporters of liberty will not win the political battle over government spending on welfare and warfare until we win the intellectual battle over the role of government. Those of us who know the truth must do all we can to spread the ideas of liberty.