The Real Refugee Problem - And How To Solve It 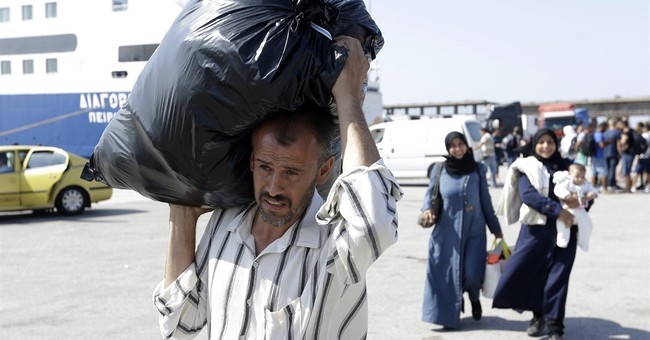 Trending
Last week Europe saw one of its worst crises in decades. Tens of thousands of migrants entered the European Union via Hungary, demanding passage to their hoped-for final destination, Germany.

While the media focuses on the human tragedy of so many people uprooted and traveling in dangerous circumstances, there is very little attention given to the events that led them to leave their countries. Certainly we all feel for the displaced people, especially the children, but let's not forget that this is a man-made crisis and it is a government-made crisis.

The reason so many are fleeing places like Syria, Libya, Afghanistan, and Iraq is that U.S. and European interventionist foreign policy has left these countries destabilized with no hopes of economic recovery. This mass migration from the Middle East and beyond is a direct result of the neocon foreign policy of regime change, invasion, and pushing "democracy" at the barrel of a gun.

Even when they successfully change the regime, as in Iraq, what is left behind is an almost uninhabitable country. It reminds me of the saying attributed to a U.S. major in the Vietnam War, discussing the bombing of Ben Tre: "It became necessary to destroy the town in order to save it."

The Europeans share a good deal of blame as well. France and the UK were enthusiastic supporters of the attack on Libya and they were early backers of the "Assad must go" policy. Assad may not be a nice guy, but the forces that have been unleashed to overthrow him seem to be much worse and far more dangerous. No wonder people are so desperate to leave Syria.

Most of us have seen the heartbreaking photo of the young Syrian boy lying drowned on a Turkish beach. While the interventionists are exploiting this tragedy to call for direct U.S. attacks on the Syrian government, in fact the little boy was from a Kurdish family fleeing ISIS in Kobane. And as we know there was no ISIS in either Iraq or Syria before the 2003 U.S. invasion of Iraq.

As often happens when there is blowback from bad foreign policy, the same people who created the problem think they have a right to tell us how to fix it - while never admitting their fault in the first place.

Thus we see the disgraced General David Petraeus in the news last week offering his solution to the problem in Syria: make an alliance with al-Qaeda against ISIS! Petraeus was head of the CIA when the US launched its covert regime-change policy in Syria, and he was in charge of the "surge" in Iraq that contributed to the creation of al-Qaeda and ISIS in Iraq and Syria. The idea that the US can salvage its disastrous Syria policy by making an alliance with al-Qaeda is horrific. Does anyone think the refugee problem in Syria will not be worse if either al-Qaeda or ISIS takes over the country?

Here is the real solution to the refugee problem: stop meddling in the affairs of other countries. Embrace the prosperity that comes with a peaceful foreign policy, not the poverty that goes with running an empire. End the Empire!