An Assault on All

Ron Hosko
|
Posted: Mar 14, 2018 12:01 AM
Share   Tweet
The opinions expressed by columnists are their own and do not necessarily represent the views of Townhall.com. 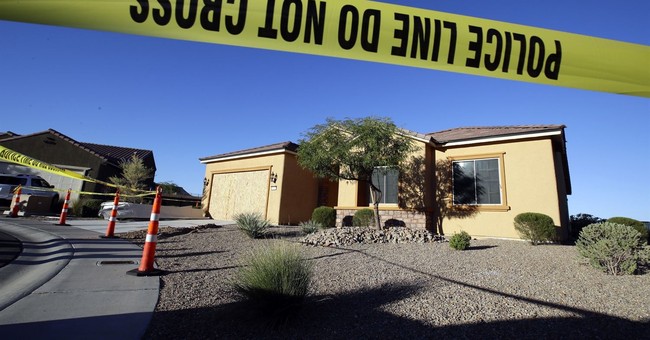 Early last week, law enforcement found itself again under violent attack, this time in a small Missouri town. After responding to a disturbance call, Clinton Police Officer Christopher Ryan Morton was cut down by gunfire and lay dying in a house.  Before his radio went silent, Officer Morton called that he’d been shot multiple times. Two fellow officers exchanged gunfire with the killer and tried to negotiate an end of the incident to try and extract their wounded colleague.  They were too late.

When the scene settled, Officer Morton, an Army National Guard veteran of our nation’s conflict in Afghanistan, was dead and two other officers were wounded.  Their suspected assailant, James E. Waters, also lay dead.

As police everywhere are instructed, responding to a “routine” disturbance call can be anything but that.  Nothing can be taken for granted.  Behind that closed door, those darkened windows, lies danger and sometimes, as in Clinton, Missouri, lethal attack.

Many of our nation’s police are like Clinton’s Officer Christopher Morton, serving his community at home and then serving his nation thousands of miles away, in the deserts of Iraq or the mountains of Afghanistan.  Theirs is a life of willing sacrifice, a readiness to take on the dangers of both foreign and domestic threats that others would shirk.

On the other side of the coin are criminals and killers like the one Officer Morton encountered in Clinton. James E. Waters was no stranger to the justice system. He was reportedly facing unlawful possession of a firearm and possession of a controlled substance charges but like many of the accused, was out on bond after a November 2017 arrest.  Before that, he’d been sentenced to three years in prison in 2004 for resisting arrest, another nine years in prison in 2008 for drug trafficking and four years in federal prison in 2014 for being a felon in possession of a firearm.

Wait – something isn’t right!  How can someone sentenced to nine years in 2008 be back on the streets just six years later?  Did he escape?

Nope.  James E. Waters walking the streets of Clinton, Missouri, free to possess controlled substances, free to possess (and evidently use) firearms after felony convictions isn’t an exception; it’s the norm.That’s just how the system works.

Remember, this is the era of the “mass incarceration” and “disproportionate policing” storylines where so many serving prison time and with convictions are recast as victims of a broken, often racist, criminal justice system.  This is a time when our policymakers are looking for ways to empty prisons of people like Waters more quickly, rightly convicted felons pushed back outside prison walls months or years before serving their full sentence.

Heaping tragedy upon tragedy, the killing of Clinton Officer Morton was the second fatal attack on law enforcement in that little town in just seven months.  Last August, Clinton Police Officer Gary Michael was shot down during a traffic stop.

His accused killer, Ian McCarthy, had much in common with James Waters.  He reportedly had an extensive criminal history in New Hampshire, where he was convicted of stabbing a boy in the neck, chest and abdomen.  In 2015, McCarthy was charged with unlawful possession of a firearm in Missouri. Another career criminal on a fraught path leading toward a fatal encounter with law enforcement.

Clinton, Missouri hasn’t been the only community struck by deadly attacks on law enforcement.  In a New Year’s Eve ambush, an Iraqi war veteran opened fire, killing a Colorado sheriff’s deputy and injuring three others along with a responding police officer.  Less than a month later, another Colorado deputy was shot dead after a brief foot pursuit and, only days later, yet another deputy was shot dead while two others and a police officer were injured in an encounter with an auto theft suspect.

So far this year, according to the Officer Down Memorial Page, 15 law enforcement officers have lost their lives by hostile gunfire assaults, a 130 percent increase over the same time in 2017.  Ambush attacks and shooting incidents where multiple officers are victims seem more common than ever and law enforcement groups are working hard to identify commonalities as they worry about protecting those who protect us.  What police fear is another year like 2014 when headlines cried, “Firearms-related fatalities spiked 56 percent while ambush attacks remained the leading cause of felonious deaths.”