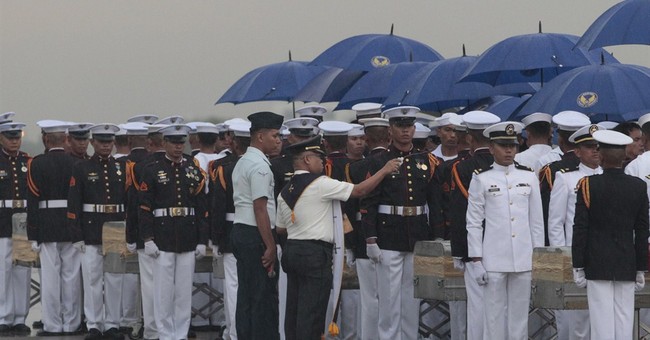 Amid all the changes that have been heaped upon the U.S. military since the repeal of the so-called “don’t ask, don’t tell” policy, a push by a small number of people to have the military’s chaplaincy broadened to include atheist chaplains has now entered the battlefield.

This push is wrong for our military on three fronts. First, it is wrong foundationally because an atheist cannot fulfill the role of a chaplain.

From the time George Washington founded the chaplain corps on July 29, 1775, until now, the ministry of the chaplaincy has been “bringing God to soldiers and soldiers to God.”

It is both a duty and a ministry, and if you take away the ministry aspect to let atheists play at fulfilling a chaplain’s duty, you necessarily undercut a key reason for the chaplaincy’s existence.

How would the Army chaplain’s motto, “For God and Country,” need to be changed to accommodate atheist chaplains in the ranks? Would “For [nothing beyond this world] and Country” work? Or would the motto simply become, “For Country”?

Clearly, the elimination of God renders the motto meaningless.

Secondly, adding atheists to the chaplaincy is pragmatically wrong because atheists constitute such a small number of service personnel to begin with. In 2011, only 9,400 of the 1.4 million service members identified themselves as atheist. That means atheists constituted less than 1 percent of our fighting forces at that time (about .67 percent). Why should a chaplain corps founded in 1775 and continued to this day be turned upon its head (and ultimately destroyed) to please less than 1 percent of our fighting forces who already have easy access to counseling options through a number of channels?

And though this may come as a surprise to some, one of those options is the chaplaincy in its existing form. Chaplains today provide resources to any who ask for help. No chaplain will try to force an atheist to believe. Chaplains will serve with grace all that come to them for help. If a chaplain cannot personally meet a need, they are taught to work with a person to find the resources that will meet the need. Chaplains have been doing this from the beginning.

Earlier this year, Rep. Andrew Roberts (D-N.J.) “proposed an amendment to the 2014 defense bill that would add atheists, humanists and ‘ethical culturalists’ to the corps of chaplains.” Fortunately, this proposal was defeated by a vote of 43-18, but those who supported it are not giving up.

With all the talk of “change,” “equality,” and “inclusivity” marking political conversation in the 21st century, I fear we tend to see change just for the sake of change as being a good thing. Moreover, I am afraid we are losing our ability to recognize the genuine differences that exist between certain things—like a belief in God and a rejection of God’s existence—and instead we are made to feel dirty or outdated for declining to agree that all convictions are equal.

The chaplain corps exists for a purpose that is outside of politics; it exists for the souls of those who constitute our fighting forces. And for those souls, our purpose remains singular: We bring God to soldiers and soldiers to God.