Will They Read the Bill? 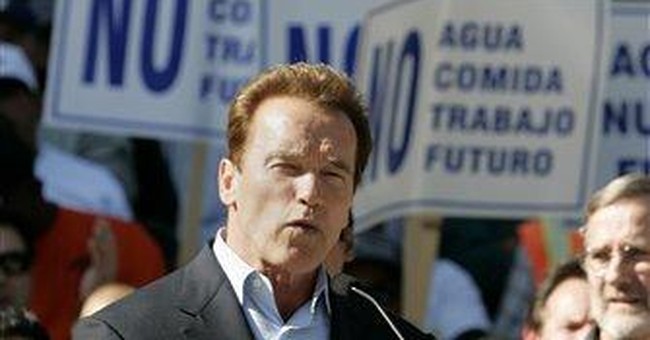 I remember as a high school student, once in a while, actually more than once in a while, waiting until the night before an exam to begin studying. By that time, it was too late to read the book, so I used Cliff Notes. I got the gist of the story, but there was plenty of material in the book I missed entirely, never having read it.

Is this so different from our “quick to judgment” Congress voting on healthcare bills without ever having read them? We seem to be on the verge of spending a small - - well actually an enormous - - fortune; and I for one would like someone actually to read it before it is passed. Call me old-fashioned, but if I were being asked to authorize the expenditure of a whole lot of money on something, I would want to make damn sure it was in the interest of the people I represent. Our legislators have a different idea; they listen to sound bytes rather than reading the bills because (and I am not clever enough to make this up) the bills are too long and take too much time to read. Wow! That is amazing when you consider that is what they are paid to do.

Remember when we referred to these elected officials as public servants? Well, I dub them “caskless water bearers.” Like those who would attempt to carry water without a vessel, they are totally ill-equipped to pass judgment on healthcare bills since they haven’t read them. Of this I am sure: the legislators can read and can tell time. I suggest we write to our legislators and insist, as we’ve done with our children all these years, that they do their homework and don't turn on the television until it is completely finished.

Of course if they actually read what they are about to vote into law, they might find out that the sound bytes they have heard and parroted don’t accurately reflect what is in the bills. (I normally would say the sound bytes don't hold water, but that's what I said about the legislators). Ignorance is bliss to these folks.

Meanwhile, back at the hacienda blanca, skullduggery is the order of the day. First, President Obama is calling on Congress to make $250 payments to 50 million seniors, ostensibly to offset the lack of a cost of living increase in social security this year. Its real purpose, of course, is to keep seniors from noticing that Medicare is about to be sabotaged. Second, the administration wants to take roughly $250 billion out of health-care reform - - for Medicare payments to doctors - - and spend it in a separate bill. This makes the Obamacare appear less expensive, but the net impact on the federal budget is precisely the same. They’re hoping we simpletons won’t notice.

Has anyone else figured out that healthcare “reform” has nothing to do with health and everything to do with control of the masses (us)? Obamacare will give the government control over 20% of the GDP and 100% of our bodies.

Now is the time to revert to our English roots and call for a vote-of-confidence in this administration. An up or down vote, so to speak. They stay or they go! Boy, would that save time and money.

I guess I have to wake up and realize that isn't going to happen. But since the summer of tea parties and town hall meetings (aptly named), I have begun to believe that this country could return to the concept of government of the people and for the people. We can jumpstart the process by contacting our senators and representatives and insisting not only that they not only read the health care bills but also that they issue a synopsis of each version - - what it says, what it means and, most important, what it costs. Do you think this will get the legislators to read the bills? Personally, I don't think so; but perhaps one of their staff will skim them and jot down the highlights. And that’s a step towards making them more accountable.

The smartest business man I ever met told me that if you want to know what is really going on in a company, read the annual report but concentrate on the footnotes. That is where the "rubber meets the road." While they read (or don’t read) the bill, I’ll be concentrating on the footnotes. How about you?