Sexual Assault on Campus a Symptom of a Larger Problem 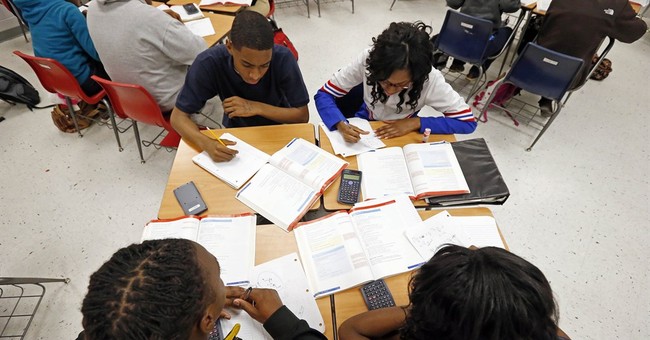 Sexual assault is a moral evil. This is clear from the teaching of Jewish and Christian Scripture and from the voice of human conscience. It is an assault on the dignity and privacy of the person, a warping act that, whether committed against an adult or child, does violence to body, soul, and mind.

According the Centers for Disease Control and Prevention, nearly 20 percent of women report “rape at some time in their lives.” And about one in 20 women report having experienced “sexual violence other than rape.”

In few arenas does sexual assault occur as frequently as in university life. “One in five women is sexually assaulted while in college,” according to the White House Task Force to Protect Students from Sexual Assault. So, the Task Force has put together a long and thoughtful list of recommendations to combat sexual predation in college.

Most, if not all, of these recommendations are welcome. For example, the White House study finds that “getting bystanders to step in and help is a promising practice,” and says that the Department of Education will be “providing more clarity on schools’ legal obligations.”

Yet no formulae, programs, agenda, policies, regulations, or laws can address the foundational issues involved in this kind of wrongful behavior.

It has become one of our cultural defaults to look to government rules and external codes to modify gross misbehavior. Laws can help, but they cannot heal nor can they change a heart. What can? Consider, first, the causes of sexual violence:

Fatherlessness: Boys and young men need dads who will, by example, instruction, and discipline, teach them how to behave respectfully and responsibly toward women. Sadly, growing numbers of young men lack that most essential relationship – that of a son with a father. As my colleagues in FRC’s Marriage and Religion Research Institute have documented, “Only 46 percent of American 15- to 17-year-olds (and only 17 percent of black youth) were raised with both their biological parents married to one another (belonging to each other) since before or around the time of their birth. The parents of 54 percent of American 15- to 17-year-olds have rejected one another.” Boys without the consistent, dependable, and parameter-building presence of their fathers enter life emotionally crippled and, often, morally untaught.

Physical Proximity: Put sexually-charged, un-fathered males into dorm situations where they are in close proximity to young women, and some of them will act-out their sexual urges aggressively. Does this in any way justify such behavior? Of course not. Yet we kid ourselves if we think that opportunity and lust will not animate a bankrupt soul to, in some cases at least, express itself through sexual violence.

Alcohol and Rape: According to a study published in The Journal of Studies on Alcohol and Drugs, “on average, at least 50 percent of college students sexual assaults are associated with alcohol use.” The National Institute of Alcohol Abuse and Alcoholism, reporting on various recent studies of campus drinking, notes that “about 40 percent of college and university students engage in heavy episodic drinking (often called ‘binge’ drinking), typically defined as consuming five or more drinks in a row for men and four or more in a row for women at least once in the past two weeks ... Many of these students are under the legal drinking age; (one study found that) in 2001, 77.4 percent of underage college students drank alcohol. Furthermore, half of the students under 21 years of age reported that they found alcohol very easy to obtain.”

Should it surprise us that alcohol-infused young men, many raised without fathers or even basic moral training, prey upon vulnerable young women?

This invites a discussion about the roots of teen and post-adolescent alcohol and drug abuse, a discussion well beyond the limits of this paper. But one of the key questions about alcohol and sexual assault is this: Does anyone seriously believe that new federal standards or rules will really reach into the heart of a morally rootless 20-year-old college junior when, fueled by booze and animated by sexual desire, he sees an opportunity to violate a female classmate?

Cultural Preoccupation with Sex: Walk through the check-out counter at your local grocery store and you will read glaring headlines about intimate sexual practices. Women are objectified in everything from magazine photographs to pornography, and “entertainment” is often merely a forum for the obscene. Elective abortion is the law of the land. Must we really wonder why sexually-transmitted diseases, abortion, out-of-wedlock births, and pornography are flourishing?

No Fear of God: It is a basic affirmation of the Bible that all of us will be held accountable to God for our actions. This should instill a sense of reverent fear in all men, including Christians. If the genuine threat of divine judgment is vitiated, some people already “on the edge” will commit acts at odds with moral decency and interpersonal respect.

Our society derides God and, to the extent it acknowledges Him, only does so as a sort of heavenly comforter and therapist in times of grief. Without a sense of responsibility to a personal and just Creator, the incentive for honorable behavior is eroded.

Should laws and policies be in place to defend women against sexual violence? Certainly. But are they sufficient to deter sexual aggression or, for that matter, other types of moral misbehavior? An answer can be found in the broken homes of America and the broken lives they produce.

Our culture needs transformation if we want to arrest society’s descent into deviancy. And this transformation only comes through the encouragement and restraint of personal faith and strong families, of fathers who teach their sons how to be men and a culture that honors instead of debases the person.