Rob Natelson
|
Posted: Dec 09, 2019 12:01 AM
Share   Tweet
The opinions expressed by columnists are their own and do not necessarily represent the views of Townhall.com. 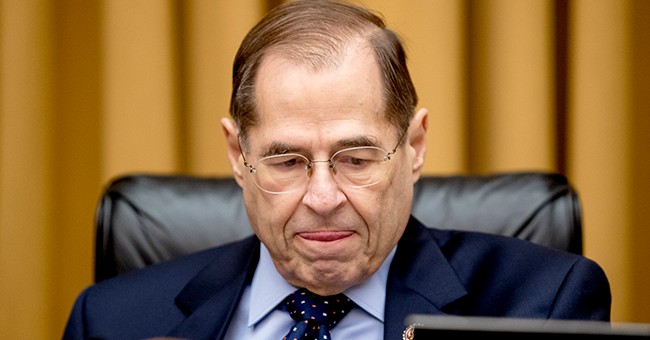 The House Judiciary Committee has issued a report claiming, essentially, that Congress is not bound by any standards of what is impeachable. Citing Justice Joseph Story, who wrote a 19th-century commentary on the Constitution, the report claims that it is impossible to establish any “comprehensive definition of ‘high Crimes and Misdemeanors’ or a catalog of offenses that are impeachable.” Instead, the report says, Congress must collect the facts and then consider whether impeachment is warranted.

This conclusion is not unprecedented. It tracks the conclusions of some writers on impeachment, who (as I note in one of my scholarly articles) have struggled unsuccessfully to define what impeachable offenses are.

In addition to making a muddle of what is, and isn’t, impeachable, the report claims that normal "rules of evidence . . . have no place in the impeachment process"—either in the House or in the Senate. In other words, the politicians may make up rules of evidence as they go along.

There is a name for the committee's “let's see what you've done then we’ll make up the rules” approach: ex post facto.

This ex post facto version of impeachment is objectionable for at least three reasons.

First, it disregards how those who adopted the Constitution understood impeachment. 18th-century legal sources tell us that impeachment may be had only for violations of “the known and established law.” The sources also tell us that “the same evidence is required in an impeachment in Parliament, as in the ordinary courts of justice.” In other words, impeachment is not a political game of hide-the-ball. It is a judicial procedure and subject to the rule of law. Standards must be fixed in advance, not invented to fit the case.

The second problem with the committee’s version is precisely that it violates the rule of law. This, in turn, opens the process to legislative abuse and undermines the Constitution’s structure. By allowing Congress to invent rules after the president has acted, the committee's approach enables Congress to bully and control the president in ways inherently inconsistent with the independent executive office the Constitution creates.

Third, the ex-post-facto approach is inconsistent with the standards that actually prevailed during the founding era: Trials for impeachment (whatever Justice Story said 40 years later) were not politics-as-usual, but scrupulously legal procedures, and had been so at least since the trial of the Earl of Strafford in 1641. People knew what the rules were: An officer was impeachable for the commission of (1) “high Crimes” (felonies) or for (2) what 18th-century lawyers called “breach of trust” and what 21st-century lawyers call “breach of fiduciary duty.”

Admittedly, no Founder stood up during the constitutional debates and explained the standards in detail. This is an area in which, as with some other parts of the Constitution, you have to make inferences from available data. But in this case, the data are copious. They include:

* the offenses for which officials were impeached in the 17th and 18th centuries,

* discussions of impeachment in popular 18th-century legal sources, and

* the founders’ almost universal view that government is a public trust and that officials are subject to fiduciary duties.

The committee’s claim that “an impeachable offense is whatever we in Congress decide it is” may be convenient for the committee’s purposes. But it violates both the rule of law and the American constitutional order.

Rob Natelson is Senior Fellow in Constitutional Jurisprudence at the Independence Institute in Denver. He was a law professor for 25 years and is the author of The Original Constitution: What It Actually Said and Meant (3d ed., 2015)