Rob Natelson
|
Posted: Oct 19, 2018 12:01 AM
Share   Tweet
The opinions expressed by columnists are their own and do not necessarily represent the views of Townhall.com. 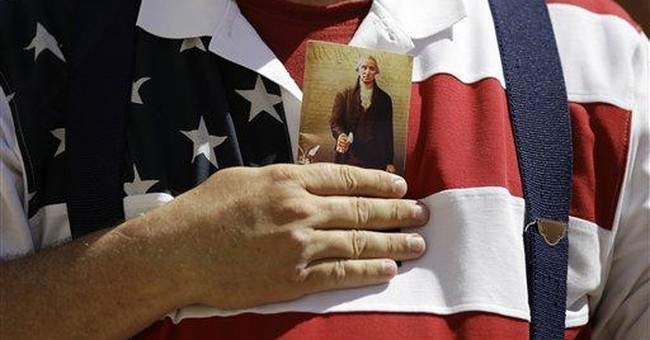 When Senator Susan Collins made her now-famous speech stating she would vote to approve the nomination of Brett Kavanaugh to the Supreme Court, a keystone of her argument amounted to, “He won’t change much.” She noted Judge Kavanaugh’s dedication to case precedent. She also noted that while the national Republican platform has long called for overruling the abortion decision Roe v. Wade, three Republican-appointed justices were instrumental in preserving it. She might have added that Roe itself was handed down by a Court dominated by Republican appointees.

Although surprises do happen, everything in Justice Kavanaugh’s background suggests that Senator Collins was right that he probably won’t shake up things much. This would not be a problem if all existing constitutional jurisprudence were at least arguably consistent with the document it purports to interpret. In that kind of situation, adhering precedent is a judicial virtue. But much constitutional jurisprudence is merely an aggregation of 20th century decisions issued by “progressive” justices with little real foundation. There is no virtue in merely perpetuating and compounding mistakes.

In practice, moreover, we have learned that respect for precedent goes only in one direction. Senator Collins—and many others—argue that the precedent set in Roe v. Wade should be respected because it is 46 years old and people have relied on it. Yet they celebrate Brown v. Board of Education, the school integration decision that (rightly) overturned a 58-year precedent. It wasn’t long ago that those same folks urged the Court to impose on the states a definition of marriage that, literally, had no historical precedent at all. Now that they have won, they maintain that the Court’s decision in Obergefell v. Hodges is inviolable, even though it is only three years old.

Republican presidential candidates have been campaigning, and winning, for 50 years on the platform of changing the Supreme Court. There is little doubt that President Trump’s victory was secured by his promise to do so. Over those 50 years, Republicans have appointed 13 justices, and Democrats only four. Yet in all that time only one truly consistent originalist has appeared on the court: Justice Clarence Thomas. Not only has the court done very little to constrain Congress to the powers the Constitution gives it, but on social issues Supreme Court jurisprudence has continued to move Left.

The blunt truth is that the strategy of trying to restore constitutional government through the electoral process and Supreme Court appointments has failed, and it has failed big time.

The Founders foresaw the possibility of federal overreach, and their most important prescription for it was constitutional amendment. Not only did several Founders say so, but that is how the founding generation responded when the Supreme Court overreached itself in the 1793 decision of Chisholm v. Georgia. They passed the 11th amendment, which reversed Chisholm and, more importantly, chastened the judiciary. More than two hundred years later, the Court is still careful to respect the 11th amendment.

Several potential corrective amendments enjoy supermajority support among the American public and have enjoyed those levels of support for many years. Examples include term limits and a balanced budget amendment. Yet Congress has stubbornly refused to propose either one. Fortunately, this leaves open the Constitution’s other path to proposing amendments: the gathering of representatives from the states that the Constitution calls a “convention for proposing amendments.”

Apologists for federal power—along with a few who refuse to learn the lessons of the recent past—frequently dismiss that option with the claim that the protocols for such a convention are a mystery. This, however, is nonsense: As my research and the research of other scholars amply demonstrates, the principles governing a convention for proposing amendments are thoroughly documented. Moreover, any convention proposal would have no effect unless ratified by three fourths (38) of the states.

The convention mechanism represents an important constitutional guarantee and check on federal overreaching. For those who wish to restore constitutional government, it really is our best remaining option.