President Biden: Build Up that Wall

Robert Orlando
|
Posted: May 11, 2021 12:01 AM
Share   Tweet
The opinions expressed by columnists are their own and do not necessarily represent the views of Townhall.com. 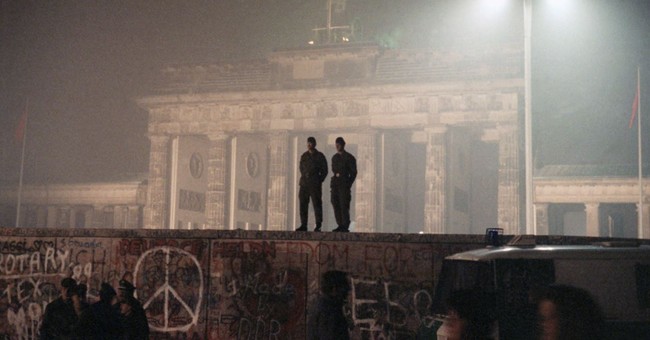 "If there had to be city walls, then the walls had doors, and the doors were open to anyone who had the will and the heart to get here."

As Joe Biden opened the floodgates, U.S. border agents detained nearly 100,000 migrants at the U.S.-Mexico border in February. CNN shows that 1.1 million single adults came through in September, along with up to 828,000 families and more than 200,000 unaccompanied children.

Reuters reported two Yemenis on the Terror Watchlist were arrested trying to cross the US-Mexico border.

Where is the president? His oath of office clarifies that His supreme responsibility is to "…preserve, protect, and defend the Constitution of the United States." Yet, as Biden wears a mask for his party's identity politics, the need for "the wall" is more urgent than ever.

Author David Pilgrim claimed that the browning of America worries "the weak and the wicked... Walls and fences will not keep this country white." To use a language game that portrays borders as a defense against weakness is to expose a profound ignorance of basic history and why men like Thomas Jefferson made clear, "A country with no border is not a country."

Regardless of race or ethnicity, the city-states in ancient Greece with the most impressive walls outlasted less-fortified city-states. For those living inside, walls meant a way of preserving life. Those on the outside were forced to develop siege engines such as catapults, rams, and (eventually) artillery, which would enable attackers to climb over or break through the walls to access what they wanted or needed.

Borders are all around us and not just in literal forms—they're the laws that stop criminals from stealing our property, the locked front doors that keep us safe at night, and the parameters of personal space that discourage people from getting in our faces. The same reason most working people in inner cities or nearby suburbs want the blue wall of police to protect them.

A common criticism of walls in our country is that they are inherently racist, a naively simplistic view. Exclusionary policies have been part of state-building since time immemorial. Even in the modern period, European nations defined borders with quotas and limits on refugee flows. Countries throughout Europe like Spain, Greece, Norway, Hungary, and Macedonia built territory markers.

Another common argument is that walls are xenophobic. However, the Berlin Wall that fell in 1989 was meant not to keep people out but to restrict those inside. Some walls are security measures. Israel's border wall with the West Bank is considered a necessity for its citizens.

Before its existence, Israel suffered countless suicide bombings, which terrorized thousands of innocent people. Terrorists, cartels, even foreign nationalists all prey on an open border, with mass human trafficking, opioid drugs, and even espionage. But all this is obvious, so why the blind global invite?

What are the true forces driving this suicide mission?

It seems we have a smokescreen for a much larger agenda to tip the voting demographics toward a more favorable outcome for the far Left. The inflation of the state's role undermines national sovereignty in the hope of a new globalized world. The result, instead, it to destabilize our system of justice, provide cheap labor, and expand the welfare state.

Without borders and walls, there is no American identity. A borderless country is like a body without a skeleton or muscles, undefinable, and unable to stand. Just as the mixture of brick and mortar is a blend of fluid and solid, our walls should at times be flexible but, most times, impenetrable.

Above all else, the President's job is to protect and defend, which means walls to protect and fortify. Perhaps for him and his regime, this is a chance for a new utopian state, building on FDR and LBJ, but this is not the United States' legacy to those who know history.

The expansion of the state, whether needed or not, has been enacted in desperation at some of our darkest hours: Civil War, World War, civil unrest, pandemics, etc. It's foreign to our system of government and a violation of basic law.

Reagan made clear, "More than other nations, America has tried to strike the balance of the one and the many, E Pluribus Unum. "That is not is what is occurring now under the Biden flood.