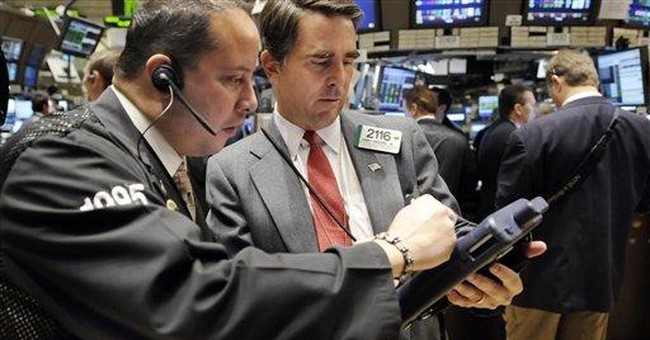 A credit default swap is nothing more than insurance that a bond transaction will be repaid. The problem is that this has developed into a massive market estimated in the United States by participants in the market itself at a staggering $60 trillion. Nobody denies the usefulness of credit default swaps. The problem is that this market is totally unregulated. The use of the word "swap" makes it impossible for federal regulation, which would take place if it were identified as insurance.

The tone of the "60 Minutes" story was that this huge unregulated shadow market is a principal cause of the frightening global crisis. I could find no financial expert with whom I consulted who agreed with this analysis. They did say the big unregulated market has contributed to the chaos, but the root causes go deeper.

David Smick, a prominent financial consultant and author of a new book "The World Is Curved," attributes the deepening problem to "a dangerous ocean of money" around the world.

However, there is widespread agreement that this unregulated "shadow market" contributed to the chaos and must be regulated.

This supports the Democratic mantra that insufficient regulation by Washington is the cause of the current turmoil, but it hardly supports Barack Obama's thesis that the basic problem is the rich getting richer at the expense of ordinary investors.

The big investment banks, using these credit default swaps for their own benefit, ended up losing everything, as such famous financial houses as Bear Stearns and Lehman Brothers failed, the victims of their own greed.