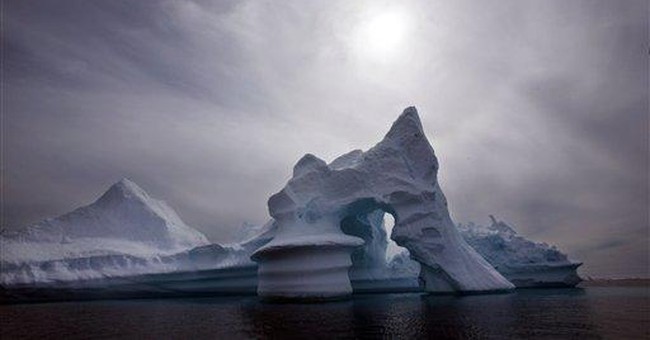 On December 11, the California Air Resources Board (CARB) approved the Scoping Plan for AB 32, aka “The Global Warming Solutions Act of 2006.”  The Board’s unanimous decision to go forward with their ambitious plan was impressive, given the scathing peer reviews that outside experts had given to CARB’s economic analysis.  Even those who are very worried about man’s effects on the climate should be troubled by this whole episode.

AB 32 has the ambitious goal of reducing California greenhouse gas emissions down to 1990 levels by the year 2020, which would be about a 25% reduction from the projected baseline growth.  This target would be achieved through a combination of a statewide “cap and trade” program as well as other subsidies and mandates.  Now typically, when economists discuss the pros and cons of environmental legislation, they compare the benefits (in terms of reduced smog, mitigated climate change, and so forth) against the economic costs.  In other words, it is a balancing act, to see if it’s worth sacrificing this much GDP or this many jobs, for the sake of cleaner air or lower global temperatures.

But that’s not what happened with AB 32.  On the contrary, CARB’s Scoping Plan contained an economic analysis (Appendix G in this pdf) that gave policymakers the happy news that AB 32 would boost California’s state domestic product, and would create jobs for its citizens!  Thus, CARB was telling the politicians that they could have their cake and eat it too: California could reduce emissions while the spurt in “green” industries would at the same time give a shot in the arm to the economy.  Truly a no-brainer.

The fallacy in CARB’s reasoning is easy to spot.  Right now there is nothing preventing businesses from lowering their emissions, and consumers right now are able to adopt the “efficiency” measures that would allegedly save them so much money.  And yet, CARB would have us believe that the private sector is so incredibly shortsighted (or just hates the planet that much), that the California politicians have no choice but to force their constituents to become richer.

Outside experts—some of whom were explicitly invited by CARB itself to provide comments—have agreed with my harsh assessment.  For example, California’s respected Legislative Analyst’s Office declared:

[The Scoping Plan’s] evaluation of the costs and savings of some recommended measures is inconsistent and incomplete…[CARB] failed to demonstrate the analytical rigor of its findings…economic analysis played a limited role in development of scoping plan, and…despite its prediction of eventual net economic benefit, the scoping plan fails to lay out an investment pathway to reach its goals for GHG emissions levels in 2020.

Perhaps even more alarming were the remarks of Harvard’s Director of Environmental Economics Program, Robert Stavins.  Now let’s be clear, this guy is no Rush Limbaugh ditto-head.  He has been a lead author for the Intergovernmental Panel on Climate Change (IPCC), and was Chairman of the EPA’s Economic Environmental Advisory Committee—a post to which he was initially appointed during the Clinton years.  So this professor is no “denier.”  Yet here’s what he had to say about CARB’s rosy predictions:

I have come to the inescapable conclusion that the economic analysis is terribly deficient in critical ways and should not be used by the State government or the public for the purpose of assessing the likely costs of CARB’s plans. I say this with some sadness, because I was hopeful that CARB would produce sensible policy proposals analyzed with sound scientific and economic analysis.

As I stated earlier, despite receiving these remarkably critical remarks from people sympathetic to its cause, CARB decided to go forward with its plans.  This should be troubling to every voter who (naively) thinks that government policies really are designed with their best interests in mind, or that the climate change agenda is being purely driven by objective scientific analysis.

As the reader has no doubt inferred, I myself fall into the “skeptic” camp, at least regarding the more catastrophic predictions.  But regardless of the hard science, I think it is ultimately foolish to place the fate of mankind in the hands of politicians.  Staunch environmentalists should check out housing projects, public schools, and the solvency of Social Security before turning to the government to save the planet.