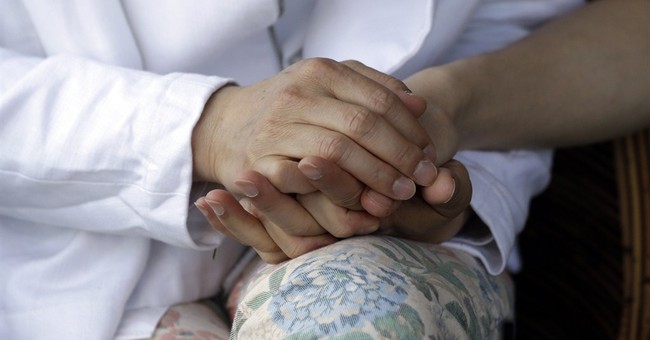 With two more liberal state legislatures (Minnesota and Delaware) overturning true marriage, and even the Boy Scouts succumbing to corporate pressures, some defenders of marriage might feel that our movement is running out of gas. But then there’s the vote of ExxonMobil stockholders to uphold marriage. They voted by a 4-1 margin. That should help fuel opposition to this radical social experiment.

In France, we have seen massive demonstrations (manifestations) for marriage. Hundreds of thousands have turned out in Paris for the fourth time in the past year. Even the French media, even more liberal than our own, have been astonished at the growing movement there. They interviewed a little boy among the thousands of children who marched. He was probably no more than ten years old, but he said: “Every child needs the love of a mother and father.” Everyone who heard him was amazed at his understanding and his answers. So the French Left promptly blocked the YouTube video that showed this boy’s moving response.

But take heart, friends, even E.T. knows the truth about mankind. Back in 1972, NASA launched Pioneer 10. This spacecraft was sent to the farthest reaches of the Solar System and beyond. It boldly went where no man has gone before. It bore a message, an indelible truth about humanity. That deep space probe contained a Golden Stele. That plaque was engraved with symbols showing extra-terrestrials where Earth was located in the Cosmos, something of our level of scientific sophistication, and figures of a man and a woman.

Those two humans were intentionally drawn to show no race, no religion, no national or ethnic identity. But that man and woman told the truth: human beings are male or female.

Now, the standard liberal line is that such a bifurcation of humanity is old hat, patriarchal, retrograde. As a candidate, Barack Obama said that marriage was between a man and a woman, “and God is in the mix.” As president, however, this most liberal of our leaders proclaimed that he has “evolved.” The rest of us, those who support true marriage, or who still think God is in the mix, are therefore left behind his ever forward-looking progressive ranks. To him, we are bitter, clinging Believers.

But there’s the problem of the Golden Stele. It was fashioned by PBS’s most famous atheist, Carl Sagan. Dr. Sagan sagely intoned that the cosmos is all there is, all there ever was, and all there ever will be. No religious fanaticism there, right? And his taxpayer-financed messages were broadcast not only around the world, but sent out on Pioneer 10 out beyond the farthest planets.

Dr. Sagan was the one who conceived the engraving on that Golden Stele. Male and female created He them. Verily, Dr. Sagan did. And if Science proclaimed this simple truth in 1972, we have a right to ask what scientific evidence has President Obama or any of his wise men, er, wise persons, divined since that year that would disprove the learned Carl Sagan?

Americans have been voting on marriage for 20 years. In that state-by-state rolling referendum, tens of millions of voters in 32 states voted for true marriage. Last November, it is true, voters in four liberal states voted not to defend true marriage. That seems to be our opponents’ idea of “inevitability.” In their progressive view, four is greater than 32.

They now look to the U.S. Supreme Court to administer the final blow to marriage. The high court, after all, struck down bans on interracial marriage in a unanimous ruling in 1967. Speaking for the high court in Loving v. Virginia, Chief Justice Earl Warren said “Marriage is one of the ‘basic civil rights of man,’ fundamental to our very existence and survival.”

Our existence and survival depend on marriage – true marriage. The collapse of marriage brings the collapse of nations. The French resistance understands this.

President Obama has placed radicals on the courts and radicals in his administration who are relentlessly pursuing the end of marriage. They believe in any number of consenting adults having legal custody of any number of children (www.beyondmarriage.org). They want to force all of us to support that destructive idea.

E.T. now knows better. The Golden Stele on board Pioneer 10 cannot be overtaken by another missile. It cannot be blown up. The truth engraved on that golden panel is the truth that the progressives are trying to erase. But it’s too late: The Word is out.